Shanghai hit by COVID protests as anger spreads across China 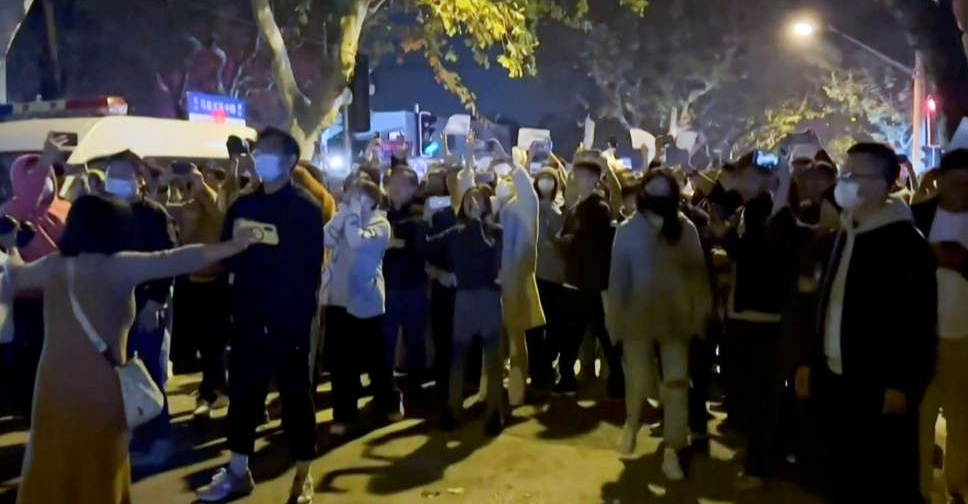 Protests against China's heavy COVID-19 curbs spread to more cities, including the financial hub Shanghai on Sunday, nearly three years into the pandemic, with a fresh wave of anger sparked by a deadly fire in the country's far west.

The fire on Thursday that killed 10 people in a high-rise building in Urumqi, capital of the Xinjiang region, has sparked widespread public anger. Many internet users surmised that residents could not escape in time because the building was partially locked down, which city officials denied.

The fire has fuelled a wave of civil disobedience, including on Friday in Urumqi, unprecedented in mainland China since Xi Jinping assumed power a decade ago.

In Shanghai, China's most populous city, residents gathered on Saturday night at Wulumuqi Road - which is named after Urumqi - for a candlelight vigil that turned into a protest in the early hours of Sunday.

At another point a large group began shouting, “Down with the Chinese Communist Party, down with Xi Jinping", according to witnesses and videos, in a rare public protest against the country's leadership.

The police tried at times to break up the crowd.

Chinais adhering to its zero-COVID policy even while much of the world tries to coexist with the coronavirus. While low by global standards, China's cases have hit record highs for days, with nearly 40,000 new infections recorded on Saturday.

China defends Xi's signature zero-COVID policy as life-saving and necessary to prevent overwhelming the healthcare system. Officials have vowed to continue with it despite the growing public pushback and its mounting toll on the world's second-biggest economy.

On Sunday, Xinjiang officials said public transport services will gradually resume from Monday in Urumqi. Many of its 4 million residents have been under some of China's longest lockdowns, barred from leaving home for as long as 100 days.

Videos from Shanghai showed crowds facing police and chanting “Serve the people”, “We want freedom", and “We don’t want health codes”, a reference to the mobile phone apps that must be scanned for entry into public places across China.

The Shanghai government did not immediately respond to a request for comment on Sunday.

The city's 25 million people were put under lockdown for two months earlier this year, provoking anger and protests.

Chinese authorities have since then sought to be more targeted in their COVID curbs, an effort that has been challenged by the surge in infections as the country faces its first winter with the highly transmissible Omicron variant.