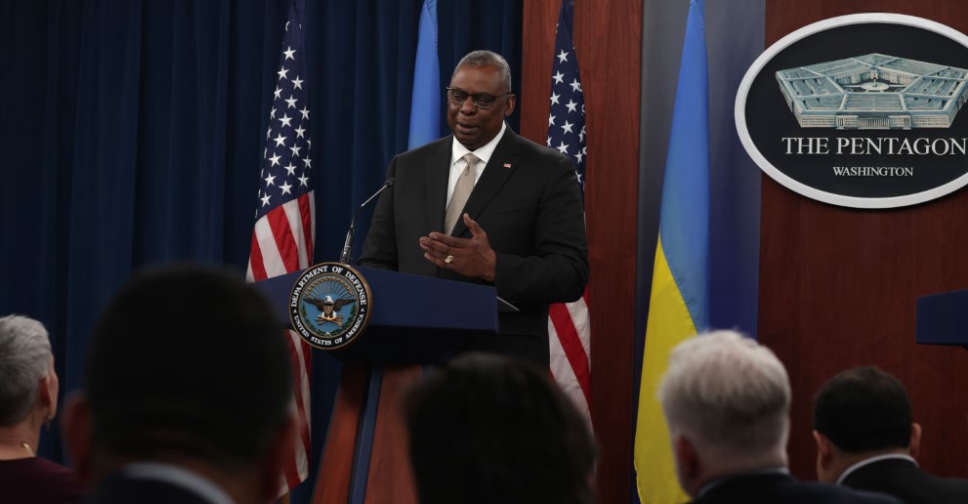 Russia's surge in missile strikes in Ukraine is partly designed to exhaust Kyiv's supplies of air defences and finally achieve dominance of the skies above the country, a senior Pentagon official said on Saturday.

Russia has been hammering cities across Ukraine with missile strikes over the past week in one of the heaviest waves of missile attacks since Moscow began its invasion nearly nine months ago.

Ukraine says the strikes have crippled almost half of Ukraine's energy system, creating a potential humanitarian disaster as winter sets in.

Colin Kahl, the Pentagon's top policy advisor, cautioned that Moscow also hoped to deplete Ukrainian air defences that have so far prevented the Russian military from establishing dominance of the skies above Ukraine.

"They're really trying to overwhelm and exhaust Ukrainian air defence systems," Kahl told reporters during a trip to the Middle East.

"We know what the Russian theory of victory is, and we're committed to making sure that's not going to work by ensuring that the Ukrainians get what they need to keep their air defences viable."

Instead, Ukrainian troops with surface-to-air rockets and other air defences were able to threaten Russian aircraft and the skies above Ukraine remain contested to this day.

That critical, early failure has been a core element of Russia's troubles in Ukraine as it presses its failing invasion at tremendous cost in lives and military equipment.

"I think one of the things that probably surprised the Russians the most is how resilient Ukraine's air defences have been since the beginning of this conflict," Kahl said.

"In large part, that's because of the ingenuity and cleverness of the Ukrainians themselves in keeping their air defence systems viable. But it's also because the United States and other allies and partners have provided a tremendous amount of support," he said.

Last week, U.S. Defense Secretary Lloyd Austin focused on air defence supplies for Ukraine at a virtual meeting he hosted from the Pentagon. Ukraine's allies have been providing everything from legacy Soviet-era systems to more modern, Western ones.

For the United States, this includes newly U.S.-provided NASAMS air defence systems that the Pentagon says so far have had a 100% success rate in Ukraine intercepting Russian missiles.

"We've been transitioning the Ukrainians towards the NATO standard equipment across the board, but not the least of which includes air defence systems like the NASAM," Kahl said.

The United States has provided over 1,400 Stinger anti-aircraft systems and counter-artillery and air surveillance radars to Ukraine.