Indian farmers clash with police in protest over market reform 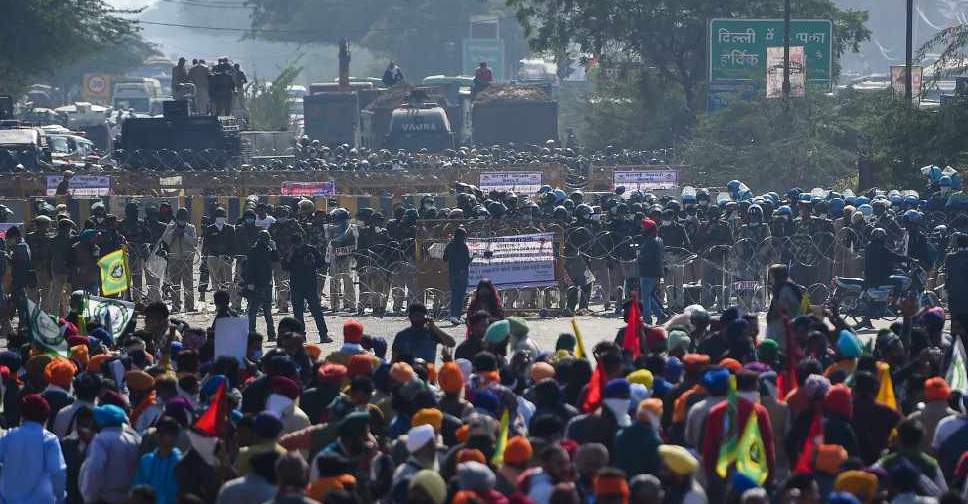 Thousands of Indian farmers scuffled with police on Friday as they tried to march to the capital, Delhi, in protest against new laws liberalising procurement that they say will leave them vulnerable to big firms.

Police fired tear gas at some places on the outskirts of Delhi and used water cannons at entry points to stop people coming into the city centre from the big farming state of Punjab.

Television showed plumes of smoke and some people throwing stones at police as thousands pressed against barricades, waving flags and sticks. Some rode tractors near the barriers.

"Although the police have tried to stop us with force, barricades and water cannons, we've decided to stay the course to make sure the government listens to the voice of millions of farmers," said protesting farmer Sukrampal Dhayana.

Under the laws enacted in September that Prime Minister Narendra Modi called a watershed for agriculture, farmers are free to sell their produce anywhere, including to big corporate buyers, instead of at government-regulated wholesale markets where farmers are assured of a minimum procurement price.

Many farmer organisations oppose the new law, saying it would leave small growers with little bargaining power. They also say they fear the government will eventually withdraw price support for wheat and rice.

The government says there is no plan to eliminate the wholesale markets.

As tensions rose, the Delhi police said it had urged the farmers to pull back in line with coronavirus restrictions in the capital under which large gatherings are not allowed.

At the Sindhu checkpoint on the highway leading to Delhi, hundreds of farmers sat down for a long wait.

Farmers make up a powerful voting block across India and some leaders urged the Modi government not to crush the protests with an iron hand.

Senior cabinet ministers should talk to farmers' organisations to understand their apprehensions over the new rules passed by the government, the leaders of the United Farmers Forum said in a letter to Modi.

The government says the new law is aimed at making the vast agriculture sector more efficient by freeing up farmers who want to sell directly to big retailers such as Walmart.