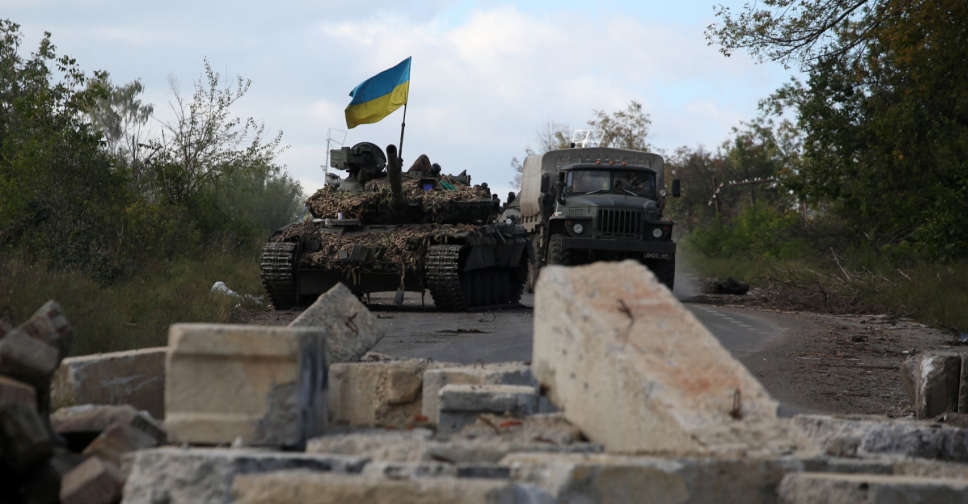 Four areas of Ukraine controlled by Russia and pro-Moscow forces were preparing to hold referendums on Friday on joining Russia, votes widely condemned by the West as illegitimate and a precursor to illegal annexation.

Russian-installed leaders on Tuesday announced plans for the ballots, a challenge to the West that could sharply escalate the war. The results are seen as a foregone conclusion in favour of annexation, and Ukraine and its allies have made clear they will not recognise the outcomes.

Voting in the Luhansk, Donetsk, Kherson and Zaporizhzhia provinces, representing about 15 per cent of Ukrainian territory, is due to run from Friday to Tuesday.

Ukraine this month launched a counteroffensive that has recaptured large swathes of territory, seven months after Russia invaded and launched a war that has killed thousands, displaced millions and damaged the global economy.

The referendums had been discussed for months by pro-Moscow authorities but Ukraine's recent victories prompted a scramble by officials to schedule them.

With Russian President Vladimir Putin also announcing this week a military draft to enlist 300,000 troops to fight in Ukraine, Moscow appears to be trying to regain the upper hand in the conflict.

Russia argues that it is an opportunity for people in the region to express their view.

"From the very start of the operation ... we said that the peoples of the respective territories should decide their fate, and the whole current situation confirms that they want to be masters of their fate," Russian Foreign Minister Sergei Lavrov said this week.

Ukraine says Russia intends to frame the referendum results as a sign of popular support, and then use them as a pretext for annexation, similar to its takeover of Crimea in 2014, which the international community has not recognised.

By incorporating the four areas into Russia, Moscow could justify military escalation as necessary to defend its territory. Putin on Wednesday said Russia would "use all the means at our disposal" to protect itself, an apparent reference to nuclear weapons. "This is not a bluff," he said.

"Encroachment onto Russian territory is a crime which allows you to use all the forces of self–defence," Dmitry Medvedev, who was Russia's president from 2008 to 2012, said in a post on Telegram.

Referendum results in favour of Russia are considered inevitable. The vote in Crimea in 2014, criticized internationally as rigged, had an official result of 97 per cent in favour of formal annexation.

"If this is all declared Russia territory, they can declare that this is a direct attack on Russia so they can fight without any reservations," Luhansk regional governor Serhiy Gaidai told Ukrainian TV.

The referendums have been denounced by world leaders including US President Joe Biden, UN Secretary-General Antonio Guterres and French President Emmanuel Macron, as well as NATO, the European Union and the Organisation for Security and Cooperation in Europe (OSCE).

The "sham referenda" are "illegal and illegitimate," NATO said.

The OSCE, which monitors elections, said the outcomes would have no legal force because they do not conform with Ukraine law or international standards and the areas are not secure.

There will be no independent observers, and much of the pre-war population has fled.

Russia already considers Luhansk and Donetsk, which together make up the Donbas region Moscow partially occupied in 2014, to be independent states.

Ukraine and the West consider all parts of Ukraine held by Russian forces to be illegally occupied. Russia does not fully control any of the four regions, with only around 60% of Donetsk region in Russian hands.

Ukraine has said the referendums were a sign Russia was running scared. "Any decision that the Russian leadership may take changes nothing for Ukraine," Ukraine President Volodymyr Zelenskiy said on Thursday.

"Of interest to us are strictly the tasks before us. This is the liberation of our country, defending our people and mobilising world support (public opinion) to carry out those tasks."

Putin says Russia is carrying out a "special military operation" to demilitarise Ukraine, rid it of dangerous nationalists and defend Russia from NATO.

Kyiv and the West call Russia's actions an unprovoked, imperialist bid to reconquer a country that shook off Russian domination with the 1991 break-up of the Soviet Union.