COVID confusion in China as authorities row back curbs 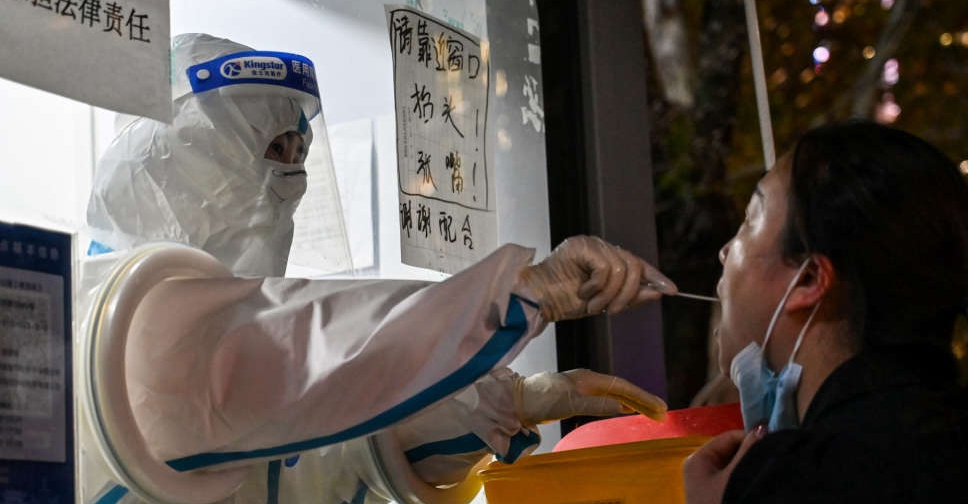 A patchwork easing of the world's toughest COVID-19 curbs sowed confusion across China on Monday, spurring hopes for more clarity as officials shift tone on the dangers posed by the coronavirus in the wake of last month's unprecedented protests.

Three years into the pandemic, China's zero-tolerance measures, from shutting its borders to stifling lockdowns, provide a stark contrast with the rest of the world, which has largely opened up in its efforts to live with the virus.

The strict approach has battered the world's second-largest economy, put mental strain on hundreds of millions and last month prompted the biggest show of public discontent in mainland China since President Xi Jinping took power in 2012.

Although the protests largely petered out amid a heavy police presence across major cities, in their wake numerous regional authorities have announced some relaxations of lockdowns, quarantine rules and testing requirements.

Daily tallies of new COVID infections have also dropped in some regions as authorities row back on testing.

"The information at this stage will be a bit chaotic," commentator Hu Xijin, a former editor-in-chief of state-controlled tabloid Global Times, said on the Twitter-like microblog Weibo on Sunday, flagging the risk that fewer tests could skew infection figures.

China is soon set to announce a nationwide easing of testing requirements as well as allowing positive cases and close contacts to isolate at home under certain conditions, people familiar with the matter told Reuters last week.

But until then, a lack of clarity has left some scared of being caught on the wrong side of fast-changing rules.

Alongside the easing of local curbs, Vice Premier Sun Chunlan, who oversees COVID efforts, said last week the ability of the virus to cause disease was weakening.

That change in messaging aligns with the position adopted by many health authorities around the world for more than a year.

As the virus weakens, conditions are improving for China to scale back management of COVID-19 as a serious contagious disease, state media outlet Yicai said late on Sunday, in comments that are among the first to float the idea.

Since January 2020, China has classified COVID-19 as a Category B infectious disease but has managed it under Category A protocols, giving authorities the power to put patients and their close contacts into quarantine and lockdown regions.

In recent days, major cities across China have continued to loosening the severest of those measures.

Authorities in the southwestern municipality of Chongqing urged local bodies not to test too much. "Do not repeat testing or increase testing," they said.

The eastern province of Zhejiang said it planned to largely end mass testing, while the metropolis of Nanjing dropped COVID tests for use of public transport.

The scrapping of the rule for showing negative tests to buy medicines for cold and fever in various cities, a step intended to deter people from using the drugs to disguise symptoms, has led to mass buying, some state media said.

Although the heat of last week's protests appears to have died down as many wait for clarity on the future of COVID management, there remain some instances of frustrations boiling over.

In the central city of Wuhan, where the virus first emerged in late 2019, people under lockdown at a garment industrial park broke out of a COVID lockdown by pushing down barriers on Saturday, video clips posted on Twitter showed.

Reuters was able to verify that the incident happened in Wuhan.

On a rain-soaked Sunday, dozens of students gathered at a university in the city to protest its COVID policies, according to videos widely shared on Twitter.

The students, carrying umbrellas, chanted for "transparency" of information by university officials, the images showed.