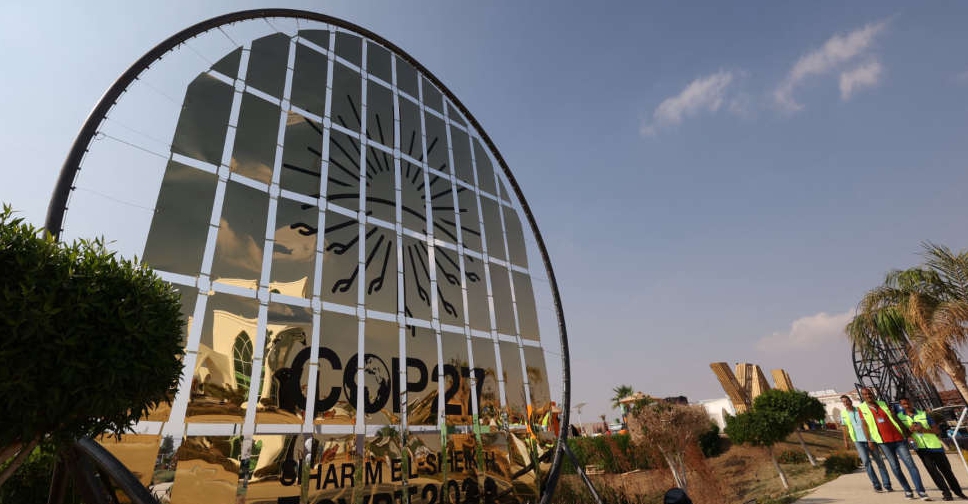 The first draft of a deal being hashed out at the COP27 climate summit in Egypt would keep a target of limiting global warming to 1.5 degrees Celsius but left many of the most contentious issues in the talks unresolved ahead of a Friday deadline.

Egypt's COP27 president urged negotiators to speed up the pace on overcoming their differences, while poor nations slammed the draft for failing to address their need for funds to cope with damage already being wrought by climate-driven storms, droughts and floods.

"Time is not on our side, let us come together now and deliver by Friday," COP27 President Sameh Shoukry said in a letter to delegates dated Wednesday and published on Thursday.

The 20-page draft for a hoped-for final agreement repeats the goal from last year's Glasgow Climate Pact to limit warming to 1.5C, and asks countries "to accelerate measures towards the phase down of unabated coal power and phase out and rationalise inefficient fossil fuel subsidies".

It also "welcomes" the fact that delegates had begun discussions on launching a so-called loss and damage fund for countries being ravaged by climate impacts, but did not include details for launching it.

Climate-vulnerable countries including tiny island nations want the agreement to lead to a fund, and soon, but wealthy countries have resisted the idea over fear such a deal could open them up to endless financial liability for their historical contribution to greenhouse gas emissions.

Delegates have worried the sticking point could stymie agreement at COP27, this year's edition of the annual United Nations meeting that aims at global action to slow climate change and the damage it causes.

"The main thing missing from the cover decision is a clear commitment for financial support for loss and damage for the most vulnerable, and a facility to deliver it," said Henry Kokofu of Ghana, a spokesperson for the Climate Vulnerable Forum of climate-vulnerable nations.

"If the text is not corrected, COP27 will fail the world’s most vulnerable," he said.

"The cover text still needs a tremendous amount of work," he told Reuters. "So, we will continue the discussions and will give our input and hope that we can find this common ground before the end of the COP."

US Special Climate Envoy John Kerry had said last week that a few of the nearly 200 countries gathered for the talks in Sharm el-Sheikh had been resisting language around 1.5C, but declined to name them.

Catherine Abreu of the E3G non-profit worried that tweak to the language could represent a weakening of the goal. "Instead of a reference to phasing out all fossil fuels we have an even weaker version of the language around coal and fossil fuel subsidies than we got last year," she said.

Other unresolved issues include calls for boosting a global goal for finance to help developing countries adapt to the impacts of a warmer world and plans for ratcheting up targets for cutting climate-warming emissions.

"I think the problem is that there’s a lot in here, and lots of it will be shot down by parties on all sides," said Tom Evans, a climate policy analyst at E3G.