Blinken commits US to defending Philippines against armed attacks 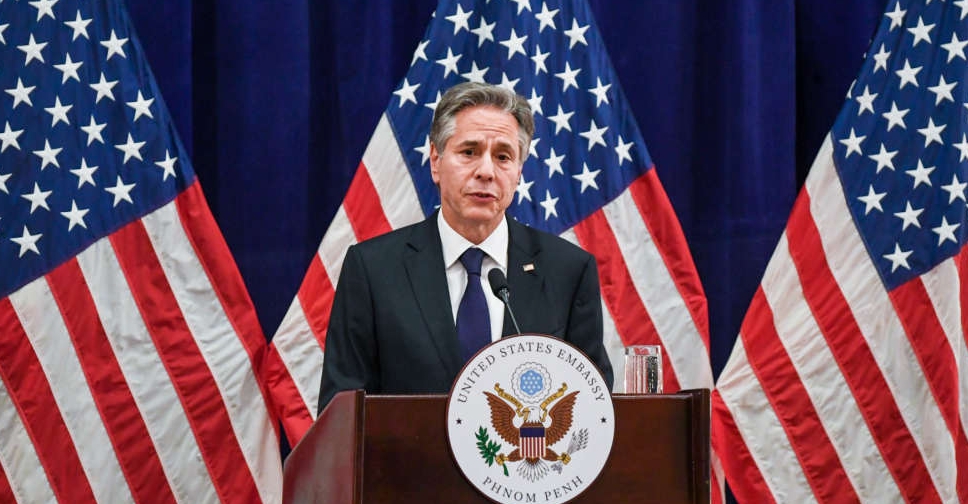 The United States will defend the Philippines if attacked in the South China Sea, as it is seeking to allay concerns about the extent of the US commitment to a mutual defence treaty.

Secretary of State Antony Blinken assured the Philippines on Saturday.

In meetings in Manila dominated by discussion on simmering US-China tensions over the Taiwan visit of US House of Representatives Speaker Nancy Pelosi, Blinken said a 70-year-old defence pact with the Philippines was "ironclad".

"An armed attack on Philippine armed forces, public vessels and aircraft will invoke US mutual defence commitments under that treaty," Blinken told a news conference.

"The Philippines is an irreplaceable friend, partner, and ally to the United States."

Blinken was the most senior US official to meet new President Ferdinand Marcos Jr, the son of the late strongman Washington helped flee into exile in Hawaii during a 1986 "people power" uprising that ended his two-decade rule.

In opening remarks to Blinken, Marcos sought to downplay the diplomatic flare-up over Taiwan and said he believed Pelosi's trip "did not raise the intensity" of a situation that was already volatile.

"We have been at that level for a good while, but we have sort of got used to the idea," Marcos said.

The Philippines is a fulcrum of the geopolitical rivalry between the United States and China, and Marcos faces a tricky challenge in balancing ties between the two major powers.

He will also face domestic pressure to stand up to China in the South China Sea without angering its leadership.

On Saturday, Philippines foreign secretary Enrique Manalo said President Joe Biden had invited Marcos to Washington, and both sides were working on a suitable date.

Marcos has not been to the United States in more than a decade due largely to a contempt of court order for his refusal to cooperate with a Hawaii court, which in 1995 ordered the Marcos family to return $2 billion (AED 7.35 billion) of missing state wealth to victims of abuses by the state under his father's rule.

The US embassy in Manila has said heads of state have diplomatic immunity.

Manalo said Washington was an important ally, but concerning nearby Taiwan, he told Blinken the Philippines "looks at the big powers to help calm the waters".

"We can ill afford any further escalation of tensions," he said.