Under a cloud of belt-tightening, Paris Fashion Week struts on 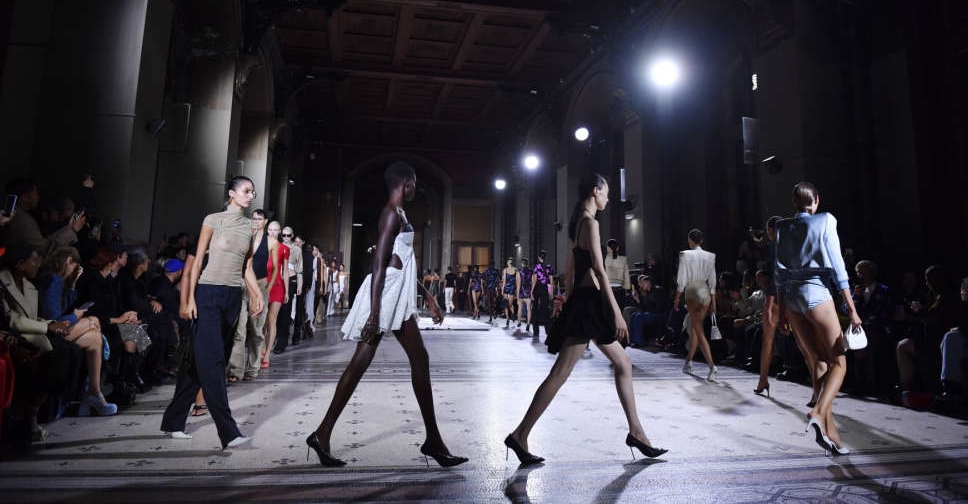 Celebrities and international crowds have descended on the French capital, marking the fashion industry's sweeping return as it rides a post-pandemic spending frenzy.

The final stretch of Paris Fashion Week runs through October 4 and features big names including Chanel, Dior, Hermes, Louis Vuitton and Saint Laurent, rounding out a month of shows that also took place in New York, London and Milan.

As the city of lights fills up with designers and executives from the United States and Asia – except China -- "the mood is very optimistic," said Nathalie Lucas Verdier, buying director for women's apparel at French department store Printemps. "I feel like we're not yet really sensing the danger of inflation or recession or the geopolitical context."

The packed fashion lineup gave another boost to local retail following this summer's surge of tourists who took advantage of the euro's weakness.

The glamorous catwalk shows and splashy after-parties are taking place against a backdrop of belt-tightening. Local officials are gearing up for energy-saving measures.

French President Emmanuel Macron's government has called on companies to reduce their electricity consumption by 1 per cent.

Lights on the Eiffel Tower will be turned off an hour earlier than usual, while boutiques belonging to LVMH brands will switch off their store lights three hours earlier.

LVMH on Thursday announced a bonus for 27,000 employees in France to help offset inflationary pressures on their budgets.

The wealthy clientele of fashion houses has largely been shielded from the cost of living crisis. But Exane BNP Paribas analysts added a recessionary scenario to their forecasts for the luxury industry starting in the fourth quarter and lasting three quarters.

This puts fashion labels in a tricky position. They aim to generate buzz around their collections and recruit new consumers while bracing for a downturn – without appearing tone deaf or foregoing the drama and glamour expected from such events.

"It's three years that are really intense. ... It's impossible not to think that has not influenced my work," said Chiuri, whose shows emphasize the skill and creativity used to transform ordinary and high-end materials into art.

Of the key global fashion capitals, Paris has emerged from the pandemic strongest, bulked up with new venues to serve the industry, as well as hefty investments in flagship stores and high-end hotels from luxury groups based here. Labels from other markets -- including the UK's Victoria Beckham -- also flocked to the city to gain wider exposure and fashion credibility.

American design duo Vaquera sent models stomping down the runway to throbbing punk music in ripped jeans and faded American flags, evoking a sense of angst. "I guess it is kind of worldwide right now. It just seems no one is really content; people from both political sides are unhappy," said Vaquera designer Bryn Taubensee, referring to tensions in the United States ahead of midterm elections in November.

Some industry observers noticed more diversity in styles and what Verdier of Printemps described as "more audacious mixes."

"Now we want you to take the dress, but add in your mom's shoes, add in your grandma's favourite set of diamonds, add those things to make that look really feel like yours," he said.