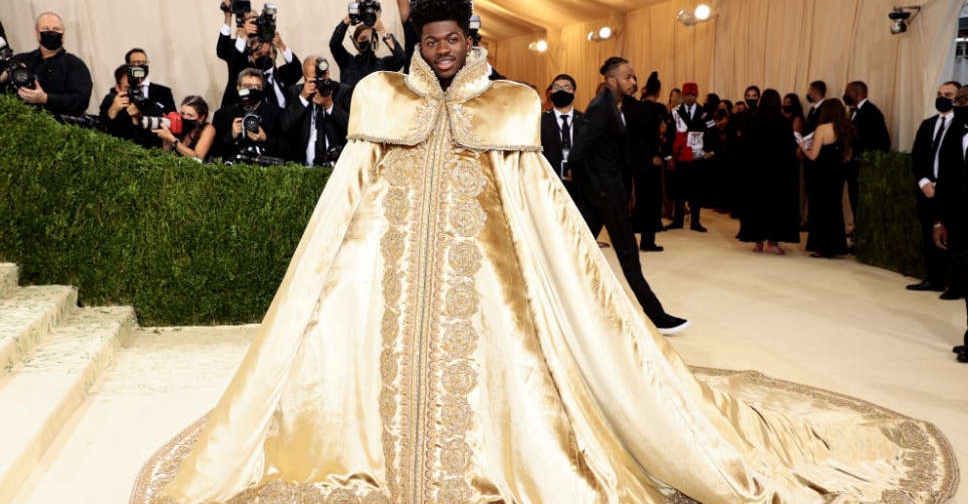 Red, silver and blue ruled the Metropolitan Museum of Art steps at a youth-driven Met Gala on Monday in a celebration of the best of American fashion.

There were show-stopping outfits from rapper Lil Nas X, wearing a Versace suit of gold armour and supermodel Iman in a stunning feathered gold and beige headdress and cage skirt as actors, singers, sports stars and social media influencers embraced the theme of "American Independence".

Kim Kardashian, wearing Balenciaga, turned heads by dressing entirely in black, with even her face covered in thick black fabric. Her companion, a man wearing a blackout hoodie, was initially thought to be her estranged husband Kanye West, but Vogue.com said later it was Balenciaga designer Demna Gvasalia.

Rihanna, one of the most anticipated Met Gala stars, arrived fashionably late about 45 minutes after the rest of the guests had gone inside. The Diamonds singer wore an oversized black coat dress, topped off with a beanie.

The invitation-only gala is a fundraising benefit for New York's Metropolitan Museum of Art and also marks the opening of the Costume Institute's annual fashion exhibition which this year is titled "In America: A Lexicon of Fashion". 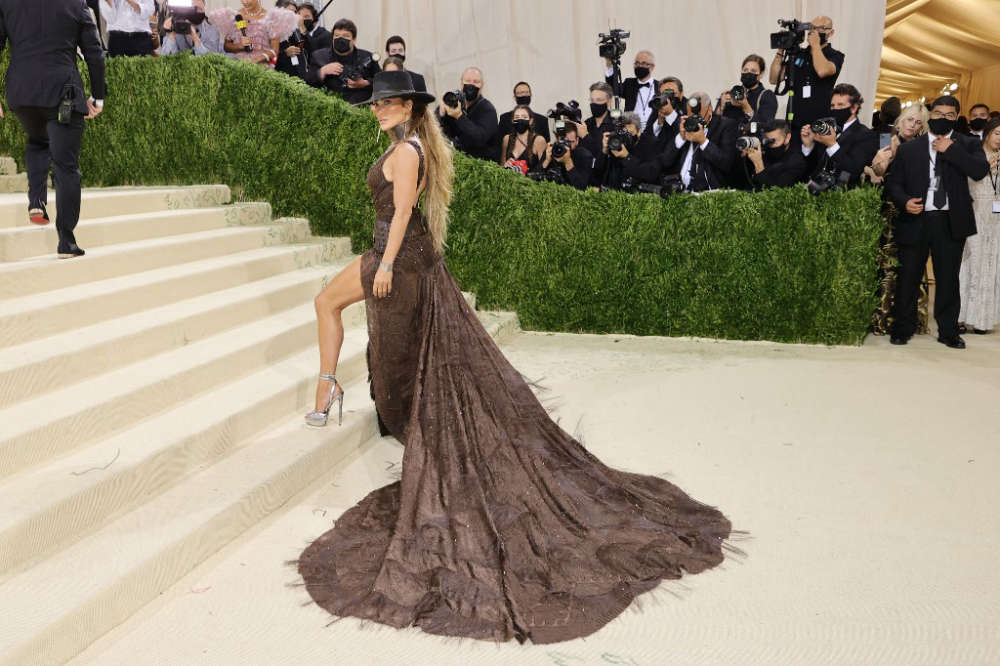 Gorman wore a blue Vera Wang gown and crystal laurel headpiece she said was intended to make her look like a reimagined Statue of Liberty, while red was the choice of multiple celebrities, including model Karlie Kloss, actress Jennifer Hudson and Colombian singer Maluma.

Amid the glamour, some guests highlighted social issues.

Alexandria Ocasio-Cortez, the 31 year-old Democratic Congresswoman from New York, had "Tax the Rich" written in red across the back of her white gown.

"It's time we bring all classes into the conversation about having a fairer country," Ocasio-Cortez said about the slogan.

Like Ocasio-Cortez, many of the celebrities were first-timers at the Met Gala, including YouTuber Emma Chamberlain, Tik Tok star Addison Rae, musician Chance the Rapper, singer Olivia Rodrigo and "Game of Thrones" actress Maisie Williams. 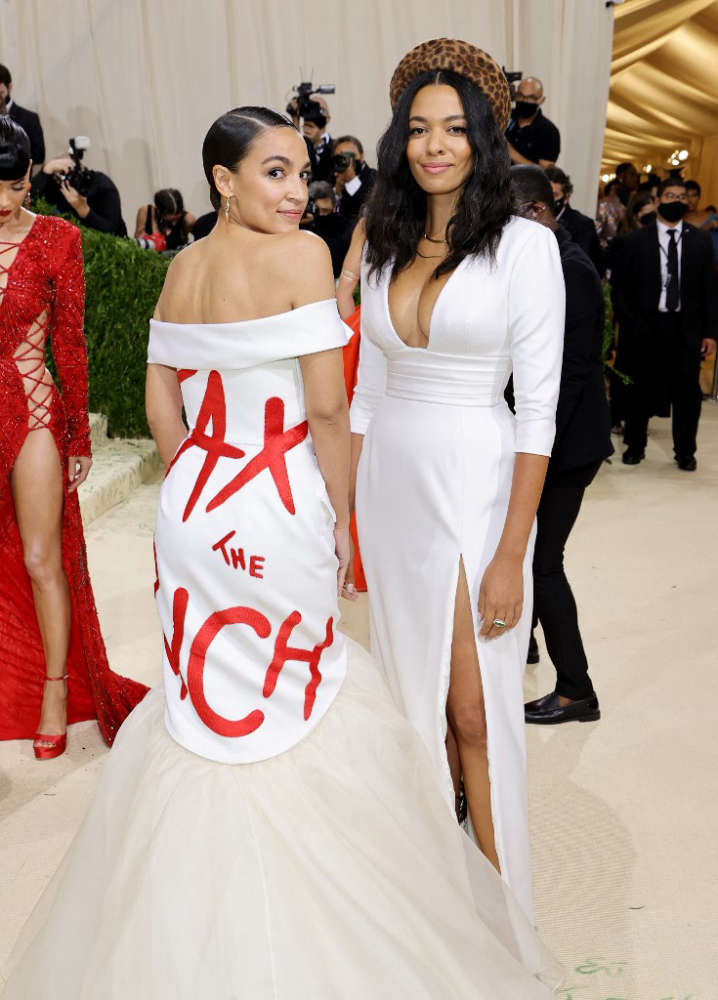 Last year's Met Gala was canceled because of the coronavirus pandemic, and Monday's gathering was about a third smaller than usual with about 300 guests, with proof of vaccination required, though they did not wear masks while posing upon their arrival.

Grimes, the musician girlfriend of Tesla entrepreneur Elon Musk, was among the exceptions. She sported a metallic face mask and carried a sword.