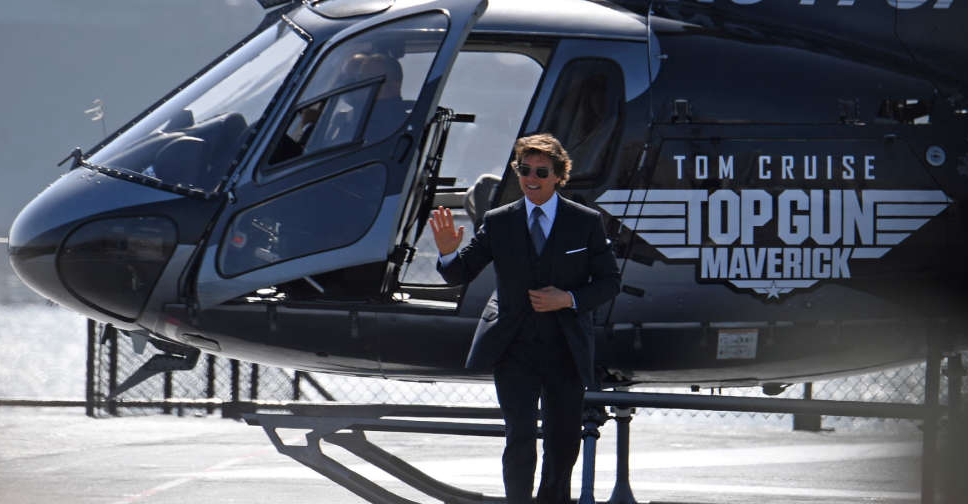 In an unusually tight box office battle, “Elvis and ‘Top Gun: Maverick’ tied for the top spot in North America, with each film grossing $30.5 million over the weekend.

Elvis and Top Gun: Maverick were locked in a stalemate all weekend as the king of rock and roll took first place on Friday and fell to second place on Saturday. The final results will be counted on Monday.

Whichever movie comes out on top, it’s a good result for both. For Elvis, a $30 million debut is impressive for a film aimed at older audiences. For “Maverick,” it’s almost unheard of for a movie to pull in $30 million in its fifth weekend of release.

All in all, it’s been an encouraging weekend at the box office, as five movies are posting decent results. Four - Elvis and another newcomer, Universal’s Blumhouse thriller The Black Phone, as well as Universal’s leftover “Maverick” and Jurassic World Dominion, each grossed $20 million or more, while a fifth, Disney’s Pixar film Lightyear, came in close to $17 million.

“It’s more than encouraging,” said Jim Orr, president of Universal’s domestic distribution. “It’s a good sign that people really want to be back in theaters.”

Moreover, these ticket sales would not be far from the pre-COVID projections. These strong box office returns come as audiences reportedly began to feel safer than ever going to their local cinema. According to a study by the National Research Group, 88 per cent of moviegoers are “very or somewhat comfortable” going to the cinema, which is a new all-time high. About a year ago, that percentage was closer to 59 per cent.

Baz Luhrmann made Elvis, a kaleidoscopic version of the 20th century icon. Austin Butler stars in Elvis, which chronicles the artist’s meteoric rise through the eyes of his morally ambiguous manager, Colonel Tom Parker (played by Tom Hanks). Audiences dug the Warner Bros. film, giving it an “A-” CinemaScore.

“There’s something about the movie that really resonates,” Goldstein said on a Sunday morning call. “Word of mouth is really great.”

At the international box office, Elvis opened with $20 million from 51 markets for a worldwide start of $50.5 million.

David A. Gross, who runs film consultancy Franchise Entertainment Research, called Elvis a “risky proposition,” which seems to be paying off.

“The music is dated, the character isn’t directly familiar, and the lead actor hasn’t proven himself on the big screen. But critics and audiences are responding,” Gross said. Baz Luhrmann, a show of music, dance and sex appeal – it’s a success.”

Warner Bros. and Paramount will count every last dollar and cent to determine which film ranks No. 1 by Monday. At the box office, ties for first place are rare, but it’s even rarer that one of the two contenders has been playing in theaters for more than a month.

The nostalgia-fueled sequel to 1986’s “Top Gun” benefited greatly from stellar word-of-mouth, which led to tiny week-over-week declines. Now in its fifth weekend of release, “Maverick” added $30.5 million across 3,948 sites between Friday and Sunday, bringing its domestic total to $521 million. It was already the highest-grossing film of the year in the United States and Canada, but, after this weekend, it is also the highest-grossing film at the global box office, with revenues of 1.006 billion. of dollars. Notably, it’s the first movie of the year and only the second in the time of COVID (after Sony’s $1.9 billion Spider-Man: No Way Home) to cross the $1 billion mark.

After two weekends at the top spot, Jurassic World Dominion slipped to third place with $26.4 million from 4,233 North American sites. Those ticket sales pushed the dinosaur-centric tentpole past $300 million at the domestic box office. With $443.8 million at the international box office, “Dominion” has reached $746.6 million worldwide and will shortly cross the $750 million mark.

The Black Phone opened in fourth place with $23.3 million from 3,150 North American theatres. Overseas, the film collected $13.4 million from 45 territories, bringing its gross to $35.8 million worldwide. The horror film cost just $18 million to produce, putting The Black Phone on the path to profitability.

Scott Derrickson directed The Black Phone, which stars Ethan Hawke as a masked serial killer who kidnaps and torments a teenager. Moviegoers and critics responded enthusiastically, giving the film a “B+” CinemaScore and 84 per cent on Rotten Tomatoes.

Gross of Franchise Entertainment Research says, “By keeping costs low, including effective and targeted marketing, Blumhouse rarely fails. He adds, "The Black Phone is the kind of movie that streamers haven’t been able to make – high profile, exciting, profitable on its own terms and cheap.”

In fifth place, Disney’s Lightyear earned $17.7 million from 4,255 sites, a steep drop of 65 per cent since opening. The Toy Story spinoff has grossed $88 million in North America to date, which is a decent result for a family movie in the time of COVID but a weaker result for Pixar. Overseas, Lightyear raised $19.3 million from 44 markets, bringing its international tally to $63.6 million and its global tally to $152.4 million.

Elsewhere, the summer’s smallest box office star Marcel the Shell With Shoes On made its indie debut, grossing $169,606 across six theatres, translating into an impressive 28,267 $ per location. A24 releases the gloriously revised film, whose origins began as a viral YouTube video about a brave shell (voiced by Jenny Slate) with plenty of great qualities. The charming Marcel the Shell will expand to other markets next weekend.