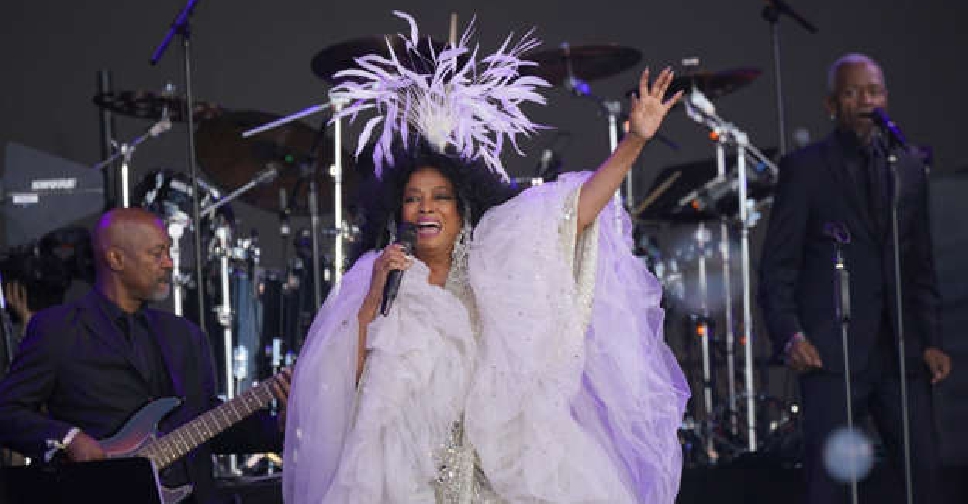 It was a sun-drenched love affair between Diana Ross and revellers at Glastonbury on Sunday when the U.S. singer played in the "legends" slot on the final day of the festival.

Wearing a sparkling gown, feather head-dress and earrings that could double as small chandeliers, Ross started the party with I'm Coming Out.

The singer and actress, who has sold more than 100 million records worldwide, achieved fame with 1960's Motown group the Supremes before she launched her solo career in 1970.

Supremes' songs Baby Love, Stop! In the Name of Love and You Can't Hurry Love delighted the crowd. "So many songs about love," she reflected.

Ross, who is 78, was due to play Glastonbury in 2020 before the pandemic caused the festival to be cancelled for two years.

"I stayed strong and I was determined to get here with you," she said. "I'm so excited."

Her set included Thank You, the title track of the album recorded in the pandemic and released in November 2021. Some television viewers complained online that the soul legend missed notes on some songs.

That did nothing to dampen the mood, and Ain't No Mountain High Enough and I Will Survive left the crowds at the Pyramid stage on a high.

Ross followed in the footsteps of Dolly Parton, Lionel Richie and Kylie Minogue in the Sunday afternoon slot, one of the biggest draws at Worthy Farm.