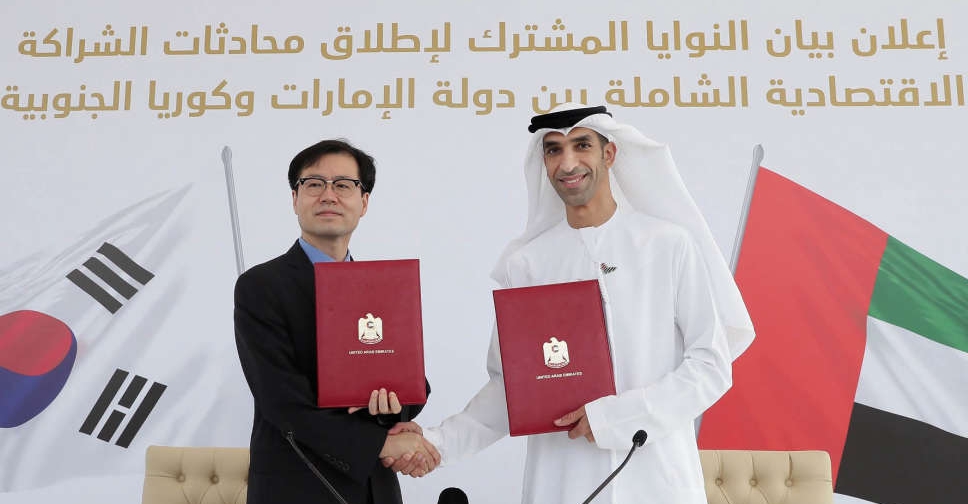 The UAE and South Korea have discussed the prospect of pursuing a Comprehensive Economic Partnership Agreement (CEPA) to strengthen economic ties, enhance investment opportunities and mark a new era of bilateral cooperation.

This came during a meeting between Dr. Thani bin Ahmed Al Zeyoudi, Minister of State for Foreign Trade, and a high-level Korean delegation, headed by Yeo Han-Koo, South Korea's Minister for Trade.

The UAE has already started negotiations on two such deals, following the launch of talks with India and Indonesia in September.

It underscores the country’s ambition to move fast by striking new trade agreements with high-growth markets in Africa and Asia under a clear social and economic strategy for the next 50 years.

"We are working around the clock to consolidate the UAE’s position as a global trade and logistics hub that connects the world to the broader region and beyond," Dr. Al Zeyoudi said.

"The CEPA would serve as a leverage to further expand bilateral trade and investment. And it would intensify future-oriented cooperation between the two countries and serve as a framework for achieving more concrete outcomes from our bilateral collaboration," Yeo Han-Koo told news agency WAM.

The CEPA negotiation process is set to begin soon, covering a variety of issues, including market access to goods and services, as well as e-commerce and achieving carbon neutrality.

The UAE is South Korea’s largest trading partner in the Arab world, with bilateral trade exchange valued at US$9.4 billion in 2020.

In recent years, foreign direct investment has focused on strategically important national industries, such as renewable and nuclear energy, hydrocarbons, healthcare and logistics.

Earlier this year, Mubadala was part of a consortium that acquired a majority stake in Korean cosmetic pharmaceutical company Hugel for US$1.5 billion.