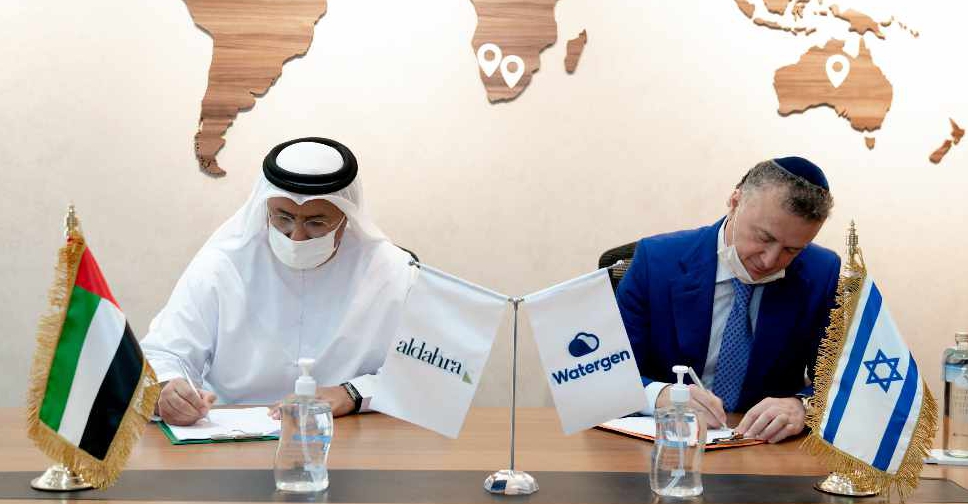 Abu Dhabi-based Al Dahra Holding Company has signed a strategic partnership with the Israeli firm, Watergen to produce water from the air.

The pact is aimed at creating a renewable source of pure water for human and agricultural consumption.

The agreement was signed in Abu Dhabi by Khadim Al Darei, Vice-Chairman and Co-founder of Al Dahra Holding Company, and Michael Mirilashvili, CEO and President of Watergen.

The two sides agreed to establish a permanent centre in Abu Dhabi for manufacturing and distributing drinking and irrigation water production equipment.

The agreement was concluded after the UAE company's delegation visited Israel in October, following the signing of the peace accord between the countries.

Watergen has developed a pioneering technology to produce water from the air and patented the world's most energy-efficient atmospheric water generator, AWG.

An AWG can produce up to 5,000 litres of water per day for drinking and irrigation purposes.

"Watergen will showcase its technology in the UAE, to be promoted in the rest of the region," said Mirilashvili, stressing that Watergen’s products will also reduce the use of plastics.