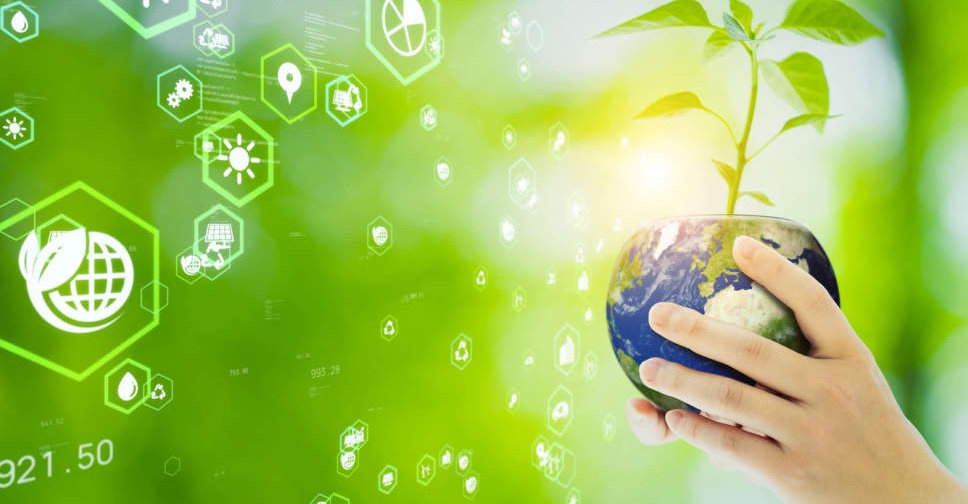 Saudi Arabia's crown prince said on Saturday that the world's top oil exporter aims to reach zero-net emissions by 2060 and more than double its annual target to reduce carbon emissions.

They were speaking at the Saudi Green Initiative (SGI), which comes ahead of COP26, the UN climate change conference in Glasgow at the end of the month, which hopes to agree deeper emissions cuts to tackle global warming.

China and India, the top emitters of greenhouse gases after the United States, have also resisted committing to a 2050 timeline to achieve net-zero, a target that U.S. President Joe Biden's administration has adopted.

"The Kingdom of Saudi Arabia aims to reach zero-net emissions by 2060 under its circular carbon economy programme ... while maintaining the kingdom's leading role in strengthening security and stability of global oil markets," Prince Mohammed said in recorded remarks.

He said the kingdom would join a global initiative on slashing emissions of methane by 30 per cent from 2020 levels by 2030, which both the United States and the EU have been pressing.

U.S. climate envoy John Kerry is due to attend a wider Middle East green summit Riyadh is hosting on Monday.

The SGI, which the crown prince said would see investments of over $186.6 billion (AED 685 billion), aims to eliminate 278 million tonnes of carbon emissions per year, up from a previous target of 130 million tonnes.

Saudi Arabia pledged to reduce carbon emissions by more than four per cent of global contributions in March. It said that would involve generating 50 per cent of its energy needs from renewables by 2030 and planting billions of trees in the desert state.

Saudi officials have argued the world will continue to need Saudi crude for decades.

"The world cannot operate without hydrocarbon, fossil fuels, renewables, none of these will be the saver, it has to be a comprehensive solution," the energy minister said.

"We need to be inclusive, and inclusivity requires being open to accept others efforts as long as they are going to reduce emissions," he said, adding that the kingdom's young generation "will not wait for us to change their future".

He said net-zero might be achieved before 2060, but the kingdom needed time to do things "properly".

The chief executive of UAE oil firm ADNOC, Sultan al-Jaber, stressed the importance of investment in hydrocarbons, saying the world had "sleepwalked" into a supply crunch and that climate action should not be an economic burden on developing nations.

Experts say it is too early to assess the impact of Saudi's nascent solar and wind projects. Its first renewable energy plant opened in April, and its first wind farm began generating power in August.

Some investors have expressed concerns over the kingdom's carbon footprint, while others say it emits the least carbon per barrel of oil.

"Obviously the carbon footprint is an issue. However, we would highlight that realistically, carbon is going to be slow to phase out, and oil is here for some time yet," said Tim Ash at BlueBay Asset Management.