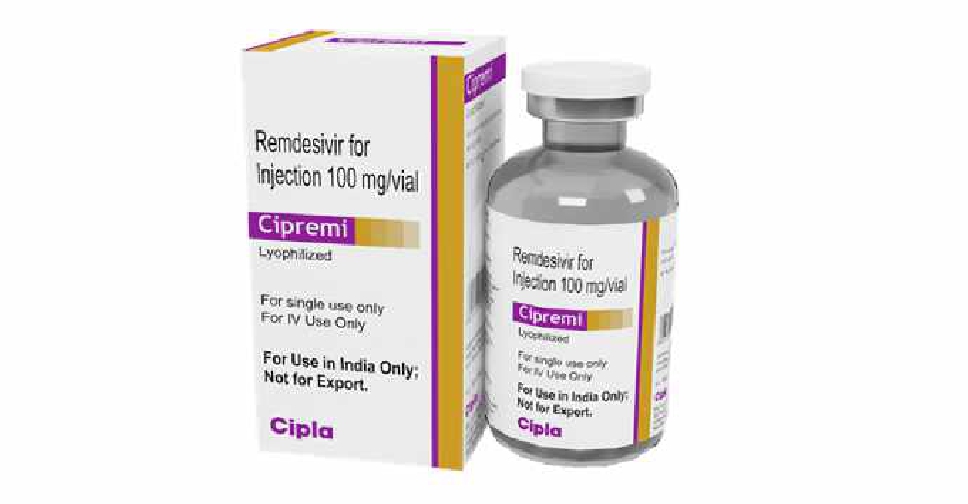 India's Cipla said on Saturday that its manufacturing of the COVID-19 remdesivir drug was beginning to catch up with demand after the company sought to boost production amid a massive second wave of coronavirus infections in the country.

Backorders and complaints over low supply started moderating in the second week of May, the drugmaker said, after it began ramping up production of the antiviral drug last month.

Hospitals have faced shortages of the drug, which is being widely used and was sold in April for over 10 times its listed price in the black market.

Cipla's production of remdesivir is currently 5 times higher than the monthly output of 200,000 to 300,000 vials seen in the last wave of the pandemic last year, the company's Chief Financial Officer Kedar Upadhye told Reuters. Remdesivir was originally developed by U.S.-based Gilead Sciences Inc.

Future supply of the drug will also depend on the course of the pandemic in India but "manufacturing is no longer the bottleneck," Upadhye said.

The number of complaints about supply has dropped, Upadhye said, adding that Cipla was working with state governments to tackle ongoing supply shortages in parts of the country.

Cipla, one of India's oldest drug manufacturers, has a deal to make and supply remdesivir to more than 100 countries. Several other Indian drug producers have similar agreements.

The company has also signed licensing agreements with U.S. companies Merck and Eli Lilly to make and sell Merck's experimental COVID-19 drug molnupiravir and Lilly's arthritis drug baricitinib, which is also being used to treat COVID-19, in India.

On Friday, Cipla reported a 68.1% jump in fourth-quarter consolidated net profit and a 6.6% rise in sales.