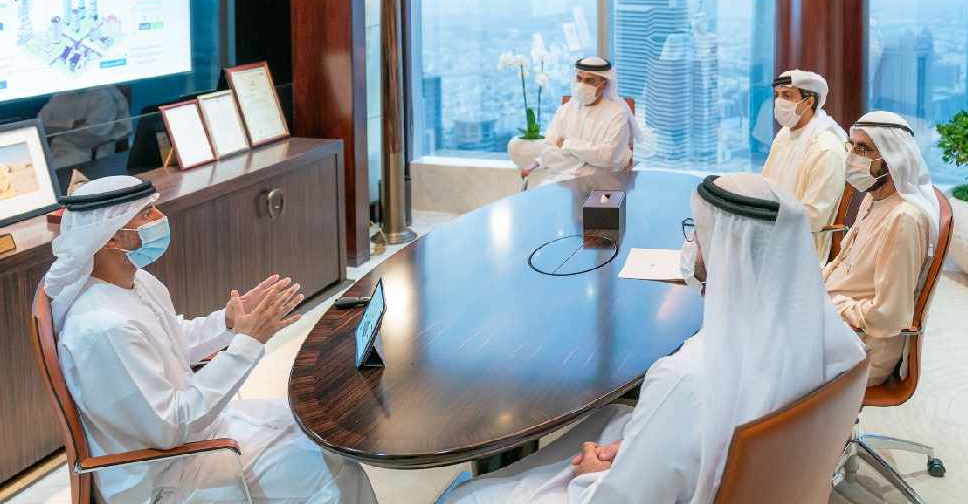 His Highness Sheikh Mohammed bin Rashid Al Maktoum, Vice President, Prime Minister and Ruler of Dubai, has said that the UAE has a logistical system that is the most sophisticated and efficient of its kind in the region.

He made these remarks at a meeting with a team from the Ministry of Energy and Infrastructure where he was briefed about main approaches of the "Road Map for Leadership in the Energy, Infrastructure, Housing and Transport sectors" to define the objectives of work for the next ten years.

His Highness added that "we want to achieve a qualitative leap in infrastructure, energy and transport fields as part of a vision that combines inclusiveness and integration and takes into account balance and sustainability and enhances our competitiveness regionally and globally."

The UAE has maintained its first global ranking for the third consecutive year with scores of 100 percent in all "Getting Electricity" indicators in the World Bank's Doing Business 2020 report.

"The private sector is the engine of work in the future and we will work to develop its contribution in infrastructure, energy, transportation and housing projects in the framework of an integrated partnership," he indicated.

He noted that the UAE government looks forward to providing decent housing for all citizens so that no one is left without dignified housing while achieving family stability, community security and enhancing environmental sustainability.

Al Mazrouei said that the ministry's vision, which is based on the inclusion of all energy, infrastructure, citizens' housing, and transportation sectors within an integrated system for asset management was developed within the ministry's initiatives aimed at promoting and sustaining services.

He also indicated that through this integrated asset management system, it is expected to reduce the cost of managing and maintaining government buildings and facilities by up to 20 percent.

Al Mazrouei reviewed the strategy and initiatives for electricity and future energy for the next 50 years.

In a related context, he spoke about the objectives of the Federal Centre for Road Network Operations Management, which the ministry is nearing completion.

Al Mazrouei also shed light on the achievements of the citizens' housing sector, its development initiatives, a mechanism for sustainability and meeting future needs, preserving the national gains in that area, and the mechanism that works accordingly.