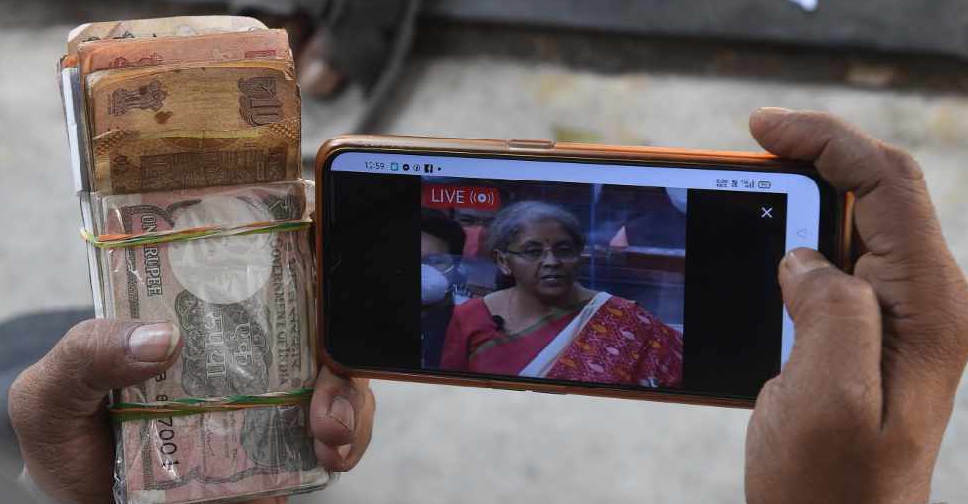 India proposed doubling healthcare spending in an annual budget unveiled on Monday and lifted caps on foreigners investing in its insurance market to help revive an economy that suffered due to the pandemic.

Delivering her budget statement to parliament, Finance Minister Nirmala Sitharaman projected a fiscal deficit of 6.8 per cent of gross domestic product for 2021/22, higher than the 5.5 per cent forecast by a recent Reuters poll of economists.

The current year was expected to end with a deficit of 9.5 per cent, she said, well up from the 7 per cent expected earlier.

India, which has the world's second highest coronavirus caseload after the United States, currently spends about 1 per cent of GDP on health, among the lowest for any major economy.

"The investment on health infrastructure in this budget has increased substantially," she said as lawmakers thumped their desks in approval.

Millions of people lost their jobs when the government ordered a lockdown last year to combat the coronavirus. The government estimates the economy will contract 7.7 per cent in the current fiscal year ending in March but then recover to show 11 per cent growth in 2021/2022,

That would make it the world's fastest growing major economy ahead of China's projected 8.1 per cent growth, but the government said it would take the economy two years to reach pre-pandemic levels.

Indian stock markets extended gains after Sitharaman concluded her speech and market players said they were relieved she had not announced any tax hikes.

The Nifty was on course to make its best one-day gain since April 2020.

Sitharaman said the foreign direct investment (FDI) cap for the insurance sector would be increased to 74 per cent from the current 49 per cent.

She also allocated 200 billion rupees ($2.74 billion) to recapitalise state-run banks that are saddled with bad loans and have been a drag on growth.

India's benchmark 10-year bond yield rose sharply to 6.03 per cent from the day's low of 5.93 per cent on the fiscal projections.

To bridge some of the deficit, the government plans to raise 1.75 trillion Indian rupees from selling its stake in the state run companies and banks including IDBI bank, an insurance company and oil companies.

The pandemic ruined the divestment plans for the current fiscal with only 180 billion rupees raised so far from the sales. Stake sales and privatisation have seldom met targets in India, due partly to resistance from unions and political opposition.