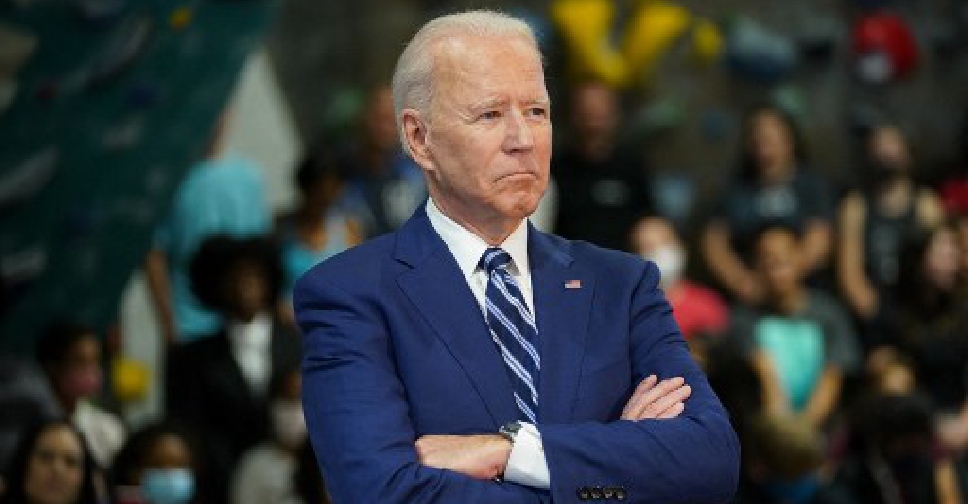 But, for now it projects a relatively modest long-term lift to the economy, likely reflecting concerns about the aging U.S. population.

The administration's spending blueprint for the fiscal year ending in September 2022 would increase spending on infrastructure, education and combating climate change, echoing familiar priorities for the first-term Democrat.

But it comes with forecasts for near-term growth that do not reflect the rapid improvement in the economy so far this year.

With the help of $1.9 trillion in additional stimulus spending approved earlier this year, the economy grew at an annualized rate of 6.4% in the first quarter, a pace projections from both the Survey of Professional Forecasters and Federal Reserve officials see persisting through the year.

Also notable is the rapid deceleration in growth expectations after next year, to between 1.8% and 2% each year from 2024 through 2031. While that is squarely in line with the longer-run output estimates from Fed officials, it is at least a quarter percentage point short of the consensus among private forecasters, and around a full point south of the amped-up projections from the Trump administration's final budget proposal two years ago, before the COVID-19 pandemic.

Economists said the Biden projections likely factor in two systemic headwinds to a prolonged run of above-trend growth: The country is aging rapidly, and the workforce is not growing.

At the same time, the Biden forecasts also imply the country will grow more productive, in part thanks to the budget's investment proposals.

"These are very solid numbers in light of those demographic realities," said Julia Coronado, president of analysis firm MacroPolicy Perspectives. "The notion here is that without the investment, you are not going to see productivity growth."

Looking only at the overall growth rate alone misses the point, Coronado said.

"A lot of the argument around his plan is not just about juicing up growth potential, but making our growth more sustainable, more equitable," she said.

Cornerstone Macro's Roberto Perli agreed. The White House growth projections are "realistic, with upside potential," he said, noting that the forecast of 2% growth in 2030 versus 1.8% growth in 2025, given the drag from demographics, suggests "they think productivity is going to increase over time."

One area where the Biden team appears optimistic: unemployment.

It sees the U.S. jobless rate averaging 5.5% this year, down from the current 6.1% and falling to 3.8% - close to its pre-pandemic low of 3.5% - by 2023 and holding there through 2031. The Fed, by comparison, pegs the longer-run unemployment rate at 4%, the professional forecasters survey puts it at 4.1% and even the former Trump administration projected it at 4.2%.