WHO commends Mohamed bin Zayed's support in fight against polio 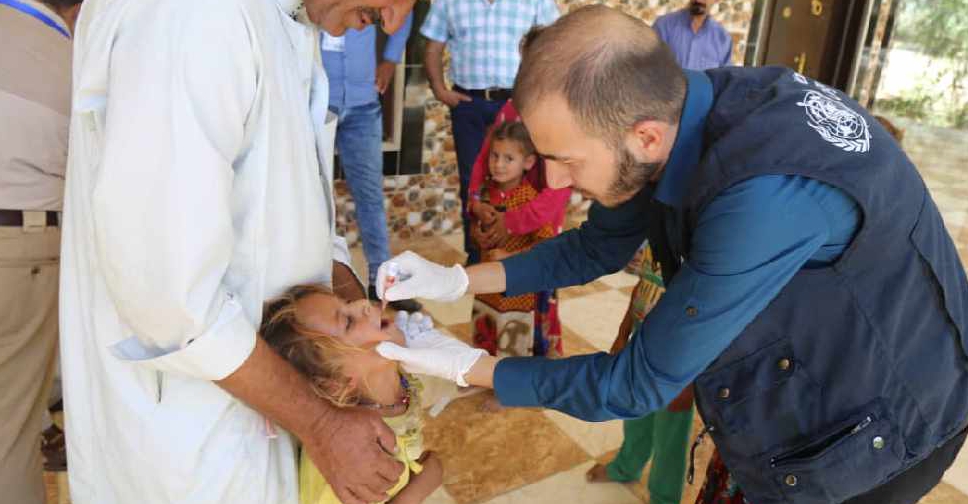 The Director of the World Health Organization's Polio Eradication Programme has commended the commitment of His Highness Sheikh Mohamed bin Zayed Al Nahyan, Crown Prince of Abu Dhabi and Deputy Supreme Commander of the UAE Armed Forces, to fight polio.

Donors like @RLMglobalhealth & @MohamedBinZayed are crucial in the fight to #EndPolio! We are stronger with your support, and together we will stand on the finish line when polio is finally eradicated. #WorldPolioDay https://t.co/vYWJsaNWom

Zaffran's commendation came as the Emirates Polio Campaign, EPC, announced it administered over 28 million vaccine doses in Pakistan between July and September 2020, reaching over 16 million children as part of its recognition of World Polio Day, today.

The announcement comes on the heels of the EPC’s recent announcement that it had completed the world’s first polio vaccination campaign since the outbreak of COVID-19 this spring.

Launched in 2014, The Emirates Polio Campaign is part of the UAE Pakistan Assistance Programme, which was launched under the directives of President His Highness Sheikh Khalifa bin Zayed Al Nahyan and His Highness Sheikh Mohamed bin Zayed Al Nahyan, Crown Prince of Abu Dhabi and Deputy Supreme Commander of the UAE Armed Forces, to provide help and humanitarian assistance to the people of Pakistan and support their development initiatives for a better future.