Watch: Behind the scenes of Emirates' latest Burj Khalifa shoot 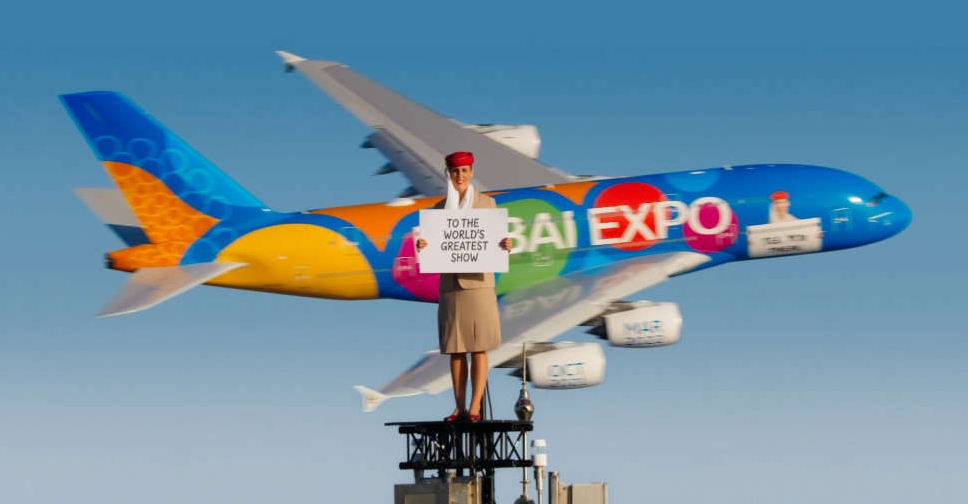 Emirates Airline has revealed how it took its A380 for a spin around the world’s tallest building to celebrate Expo 2020 Dubai.

Keeping with Dubai’s ‘nothing is impossible’ spirit, Emirates is soaring up and around the Burj Khalifa for another edition of its viral ad campaign, this time taking it one spectacular step further with the addition of the Expo-themed A380.

The Dubai-based carrier hit the global headlines and social media feeds of millions in August 2021 when it took its brand message to new heights atop the Burj Khalifa.

This time, the brave stuntwoman is standing at the pinnacle of the tower once again, holding up message boards with an invitation to visit the world’s greatest show, Expo 2020 Dubai, on the iconic Emirates A380.

She then gestures to her ‘friend’, the eye catching Emirates A380 wearing the Expo 2020 Dubai livery, which gracefully soars in the background as she stands firmly on the spire of the world’s tallest building.

The ad also features dynamic aerial views of Dubai and its iconic skyline, and culminates in a flypast over the impressive Al Wasl dome at the Expo site.

.@Emirates does it again, scaling up and circling around the Burj Khalifa to put @expo2020dubai on top of the world’s travel agenda. https://t.co/V4rpbXGoHz pic.twitter.com/tOfKw4zl01

While the ad looked like it was shot effortlessly, the whole project involved in-depth planning and meticulous execution involving stakeholders across Dubai’s aviation eco-system, with a strong focus on safety at every juncture when conducting the low flying manoeuvres.

The carefully choreographed flypast involved the A380 flying at a low altitude of only 2,700 feet, the exact height of Burj Khalifa.

The aircraft also flew at a very low speed of 145 knots.

To put that into perspective, the average cruising speed of an A380 is around 480 knots. The low speed ensured the aircraft could efficiently and continuously circle around the Burj Khalifa and achieve a tight radius without drifting away.

In total, the Emirates A380 circled the Burj Khalifa 11 times to get a right selection of shots for the ad.

The aircraft also appeared as if it was flying very close to the stuntwoman as she was standing on the Burj, when in fact it was over a half a mile away.

The filming and low flypasts were conducted on 13 and 14 October 2021, and the timings of the flights were scheduled outside of the peak departures window at Dubai International as a further measure to mitigate any risk.