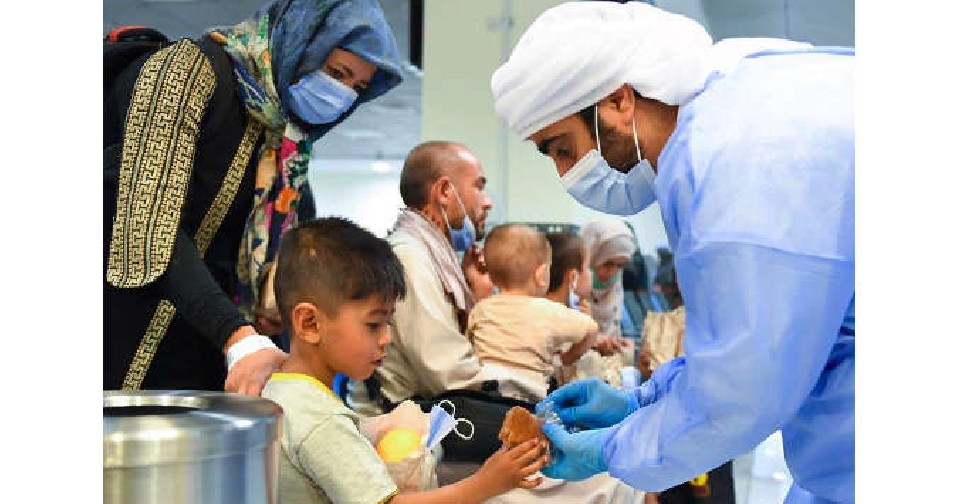 The UAE has begun hosting Afghan families, providing them with care and social support.

The initiative by His Highness Sheikh Mohamed bin Zayed Al Nahyan, Crown Prince of Abu Dhabi and Deputy Supreme Commander of the UAE Armed Forces, is designed to extend safety and dignity to these families.

This takes place against the backdrop of the UAE's provision of support and facilitation of flights for a number of nations and non-governmental organisations to safely evacuate their officials and support staff, including Afghan nationals, through the UAE airports.

So far, the UAE has facilitated the evacuation of approximately 39,827 Afghans and foreign nationals from Afghanistan using its national aircraft and airports.

The humanitarian and relief efforts undertaken by the UAE in light of recent developments in Afghanistan embody the principles set forth by His Highness Sheikh Mohamed bin Zayed that underpin global cooperation and solidarity in times of crisis.

UAE very involved in civilian evacuation from Afghanistan. Tonight, Shaikh Mohammad bin Zayed,ordered hosting Afghan families,especially women and children & provide them with care & social support. In these difficult times we want to ensure that all can live in safety & dignity pic.twitter.com/xlVyNuBRp0