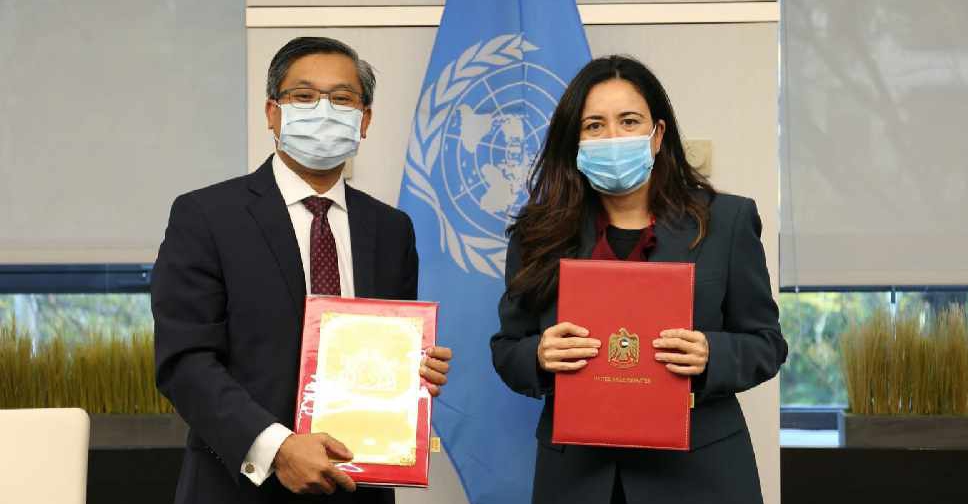 The UAE and Myanmar have signed an agreement to establish diplomatic relations.

The Joint Communique affirms the common interest of both countries to promote mutual understanding and strengthen friendship and cooperation in the political, economic, and social spheres.

Ambassador Nusseibeh noted that the UAE looks forward to developing relations with Myanmar based on shared interests and priorities.

She also expressed the country's keenness to collaborate with Myanmar, including through ASEAN, to unlock future partnerships in serving the aspirations of the region’s countries and peoples.

Following the signing, both sides discussed bilateral relations and explored opportunities for cooperation at the UN.

They discussed the situation of the Rohingya community and the need for opening channels of communication, which is also a matter of priority for the Organisation of Islamic Cooperation, which the UAE currently chairs.

Ambassador Tun thanked the UAE for the five metric tonnes of medical aid that it sent to Myanmar to help tackle the COVID-19 pandemic.

He also thanked the UAE for its assistance and cooperation during Myanmar’s general elections process, by ensuring that their citizens residing in the UAE were able to cast their ballots.