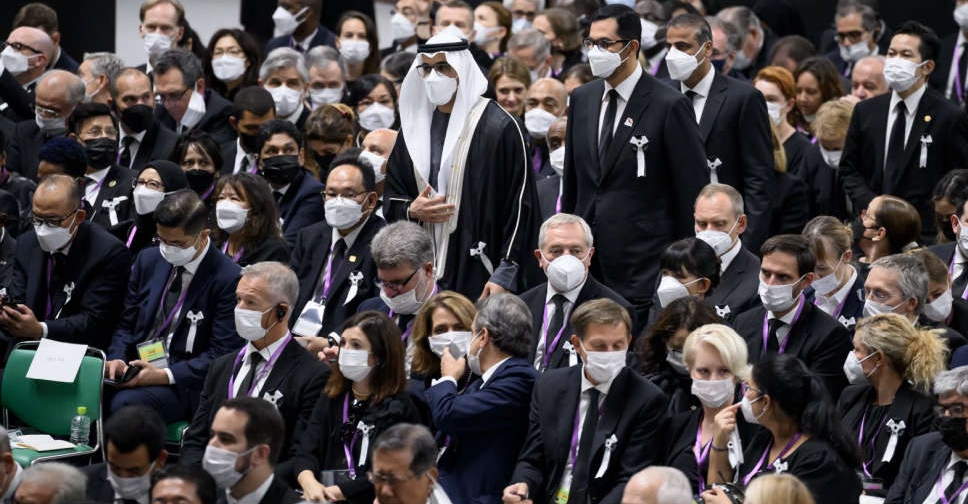 He also met Akie Abe, the former Japanese Prime Minister’s widow, and members of their family, to offer sympathies on the loss of a leader who served his country and his people with unfaltering dedication.

Sheikh Khaled was accompanied by Dr. Sultan Ahmed Al Jaber, Minister of Industry and Advanced Technology and UAE Special Envoy to Japan, Shehab Ahmed Al Fahim, UAE Ambassador to Japan, and a number of officials from the Ministry of Foreign Affairs and International Cooperation.

The funeral is the largest official memorial for a government official to have taken place in Japan since the state funeral of former Prime Minister Shigeru Yoshida in 1967.

Abe was Japan’s longest serving prime minister, having held office for eight years from 2012 to 2020.

He died at the age of 67, after being shot during a political campaign event on July 8.

Shinzo Abe contributed significantly to enhancing bilateral relations between the UAE and Japan.