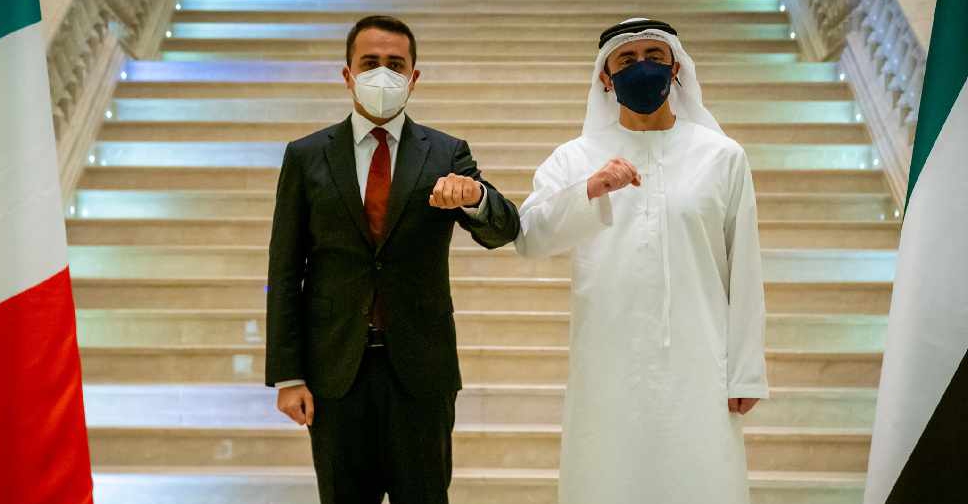 His Highness Sheikh Abdullah bin Zayed Al Nahyan, Minister of Foreign Affairs and International Cooperation, has held talks with his Italian counterpart on efforts to combat the pandemic and the development of a global vaccine.

During their meeting in Abu Dhabi, Sheikh Abdullah and Italy's Foreign Minister, Luigi Di Maio, discussed both nations' efforts to battle the virus.

His Highness said the challenges brought by the pandemic necessitate strengthening international action, especially in the health and economic sectors.

The two ministers were attending the fourth strategic dialogue between the two countries.

They exchanged views on the latest developments in the region, notably Libya and Iran, and reviewed a number of regional and international issues of common interest, in addition to events in the eastern Mediterranean.

Luigi Di Maio talked about the cooperative relations between the two countries in a number of areas including economic, commercial and cultural sectors.

They both stressed the importance of the strategic dialogue in strengthening bilateral relations and developing joint cooperation.

For his part, the Italian Minister praised the distinguished bilateral relations between the UAE and Italy and the continuous development of joint collaborations.