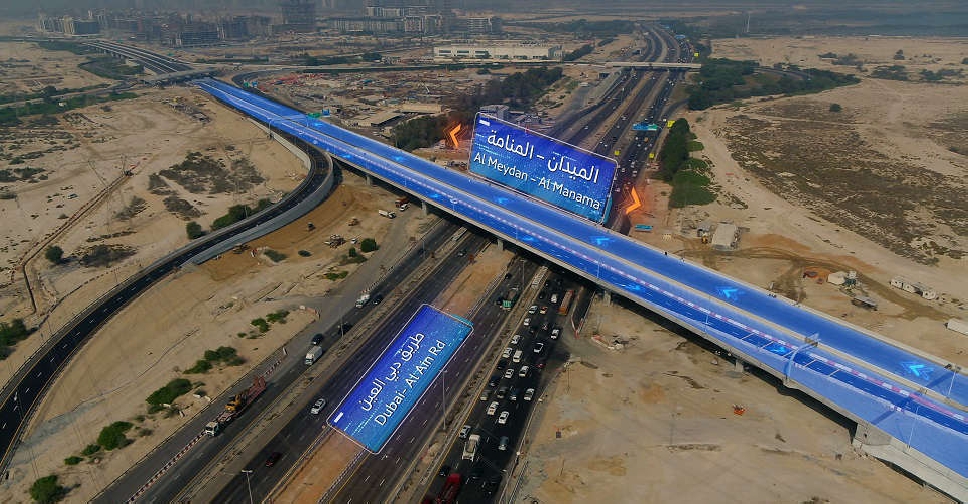 RTA has accordingly eradicated the previous roundabout and adjusted the sloping ends of the existing bridges on Al Meydan Street.

"The new bridge is part of the Dubai-Al Ain Road Improvement Project currently under construction by RTA. The project scope covers constructing six key intersections and widening the road from 3 to 6 lanes in each direction over a 17 km stretch from the intersection with the Emirates Road to the intersection of Bu Kadra and Ras Al Khor," said Mattar Mohammed Al Tayer, Director-General, Chairman of the Board of Executive Directors of the RTA.

The project, he said, includes remarking of the traffic lanes at the intersection of Al Manama Street and Dubai Al Ain Road, and constructing a 4-land bridge in each direction to link Al Meydan and Al Manama Streets and serve the development projects of Meydan.

RTA has completed 85 per cent of construction on Dubai-Al Ain Road Improvement Project; one of the biggest infrastructure projects currently undertaken by RTA. Upon completion, the project is expected to benefit about 1.5 million people, enhance the traffic flow, and improve the link with Ras Al Khor Road, Sheikh Mohammed bin Zayed Road, Sheikh Zayed bin Hamdan Al Nahyan Street and the Emirates Road.

"It will also serve the existing and future development projects on both sides of the Dubai-Al Ain Road, and double up the road capacity from 6,000 vehicles to 12,000 vehicles in each direction. It will also reduce the transit time on the road from Bu Kadra intersection to the Emirates Road intersection from 16 to 8 minutes," he added.