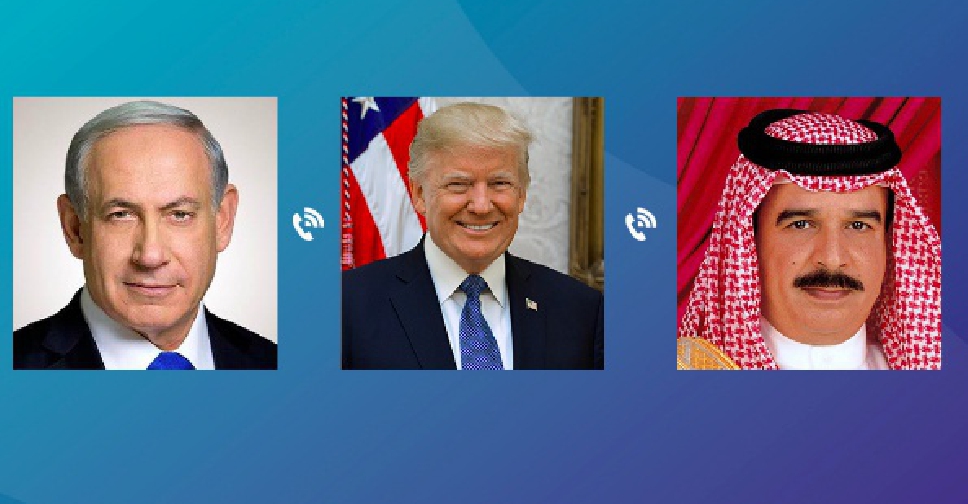 During the call, King Hamad stressed the need to reach a just and comprehensive peace strategy, in accordance with the two-state solution and relevant resolutions of international legitimacy.

The Bahraini King praised the pivotal role and steady efforts of the US Administration to advance the peace process, establish security and stability in the Middle East and strengthen international peace.

According to the Bahrain News Agency, President Trump extended an invitation to Bahrain to participate in the signing ceremony of the peace agreement that will be held at the White House between the UAE and Israel on September 15.

Following the call, the following joint statement was issued: "President Donald J. Trump, His Majesty King Hamad bin Isa bin Salman Al-Khalifa of the Kingdom of Bahrain, and Prime Minister Benjamin Netanyahu of Israel today spoke and agreed to the establishment of full diplomatic relations between Israel and the Kingdom of Bahrain.

"This is a historic breakthrough to further peace in the Middle East. Opening direct dialogue and ties between these two dynamic societies and advanced economies will continue the positive transformation of the Middle East and increase stability, security, and the prosperity in the region.

"The United States expresses its gratitude to the Kingdom of Bahrain for hosting the historic Peace to Prosperity workshop in Manama on June 25, 2029, to advance the cause of peace, dignity, and economic opportunity for the Palestinian people. The parties will continue their efforts in this regard to achieve a just, comprehensive, and enduring resolution to the Israeli-Palestinian conflict to enable the Palestinian people to realise their full potential. Israel affirmed that as set forth in the Vision for Peace, all Muslims who come in peace may visit and pray at the Al Aqsa Mosque and Jerusalem’s other holy sites will remain open for peaceful worshippers of all faiths."

During the call, King Hamad also offered his deepest condolences to President Trump on the anniversary of the September 11 attacks.