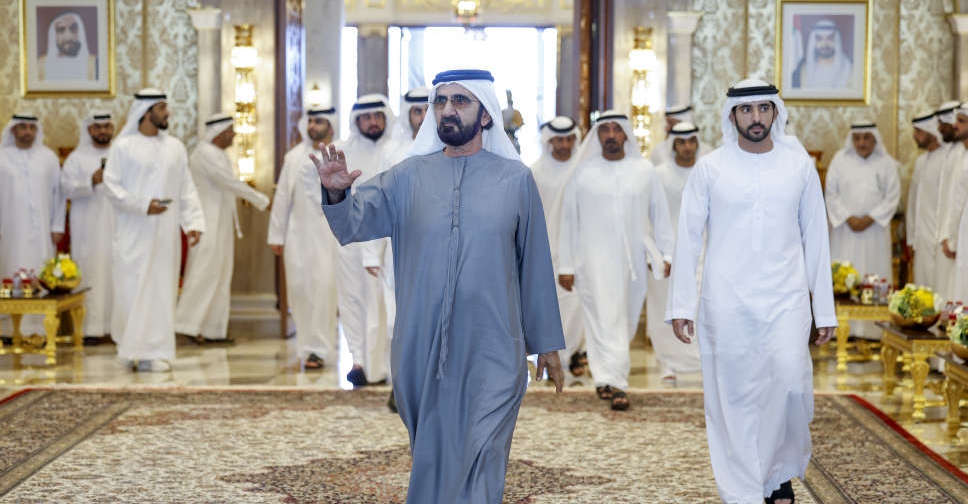 His Highness Sheikh Mohammed bin Rashid Al Maktoum, Vice President and Prime Minister of the UAE and Ruler of Dubai met with a number of local dignitaries, heads of Dubai Government entities and businessmen on Tuesday.

The meeting at his Majlis in the Zabeel Palace, was held in the presence of His Highness Sheikh Hamdan bin Mohammed bin Rashid Al Maktoum, Crown Prince of Dubai and Chairman of Dubai Executive Council, and His Highness Sheikh Maktoum bin Mohammed bin Rashid Al Maktoum, Deputy Ruler of Dubai, Deputy Prime Minister and Minister of Finance.

During the meeting, Sheikh Mohammed said that development is a continuous process aimed at achieving the nation’s goals and aspirations.

He highlighted the importance of partnerships between the public and private sectors to help realise the vision of the UAE and Dubai and accelerate the country’s development.

The meeting also discussed efforts to further improve government services and enhance the business-friendly legislative framework, which is vital to consolidate Dubai’s status as a preferred investment destination.

His Highness expressed his appreciation for the efforts undertaken by various stakeholders to accelerate the UAE’s development journey and meet the needs of the community.

“Productive partnerships between the public and private sectors over the last five decades have enabled the UAE to make significant achievements in various spheres and earn global recognition,” he said.

Sheikh Mohammed underscored the importance of exploring new public-private partnerships and discovering solutions to challenges that stand in the way of cooperation between the two sectors.

His Highness also highlighted the need to empower the next generation of entrepreneurs and showcase the experiences of successful Emirati businessmen.

He further said that the nation’s youth play a major role in strengthening the UAE’s leadership in various sectors.