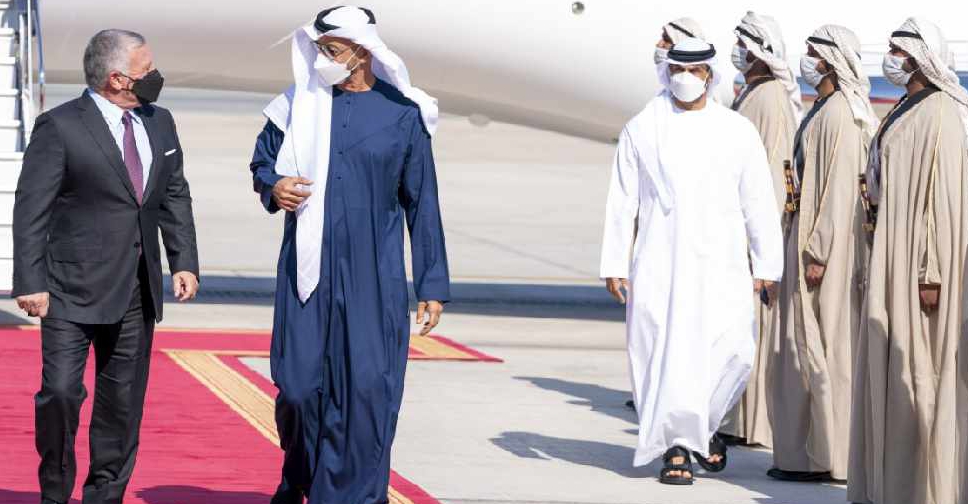 During the meeting at the Al Shati Palace, His Highness and the Jordanian monarch reviewed the results of the recent Gulf Cooperation Council Summit in the Saudi Arabian city of Al-Ula.

King Abdullah II welcomed the outcomes of the 41st GCC Summit which contributed to strengthening solidarity and stability in the Arab Gulf region.

They both stressed the importance of continuous cooperation and consultation on these developments, as well as support for efforts aimed at achieving stability in the Middle East.

In addition, they discussed a just settlement for the Palestinian issue to achieve the common interest of countries in the region.

His Highness Sheikh Mohamed emphasised the longstanding and historic relations between the UAE and Jordan.

He expressed the UAE's keenness on boosting ties and opening up new horizons in various fields to support the joint aspirations of development, progress and prosperity.

They also talked about the latest COVID-19 developments worldwide and within the two countries, and cooperation to limit its impact.

And they exchanged views on other regional and international issues of concern.