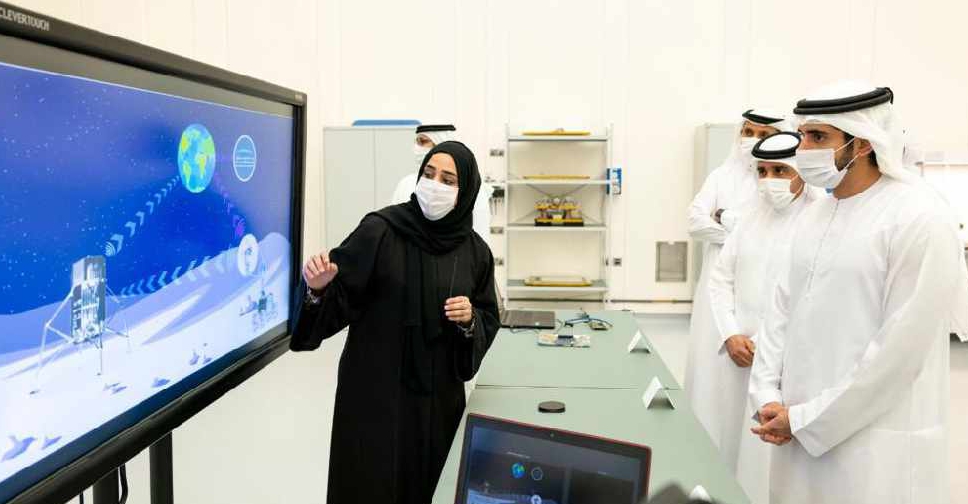 Dubai's Crown Prince and Chairman of The Executive Council, His Highness Sheikh Hamdan bin Mohammed bin Rashid Al Maktoum has praised the UAE's efforts to strengthen its global standing in the field of space exploration.

Sheikh Hamdan, who is also the President of the Mohammed Bin Rashid Space Centre (MBRSC) made these remarks during a visit to the MBRSC headquarters, where he reviewed its new 2021-2031 strategy.

He was also briefed about the Emirates Lunar Mission, which is the first Emirati and Arab mission to explore the moon.

The project aims to develop and launch an Emirati lunar rover named 'Rashid', which is the first of its kind in the Arab world. It will make the UAE the fourth country worldwide to gain information about the moon and explore new areas on the lunar surface.

During his visit, Sheikh Hamdan praised the outstanding efforts of the Emirati taskforce leading the mission and all other teams involved.

His Highness said the efforts of young Emirati talent have helped the UAE become a key player in the global space sector.

"Their contributions will help create a better future for the region and the world and their scientific knowledge, capabilities and determination will ensure the UAE continues to progress and excel," His Highness added.

The lunar rover will make significant contributions to global efforts to explore the Moon's surface when it lands in 2024.

It will pave the way for discoveries that can contribute to the development of science and specialised high-precision technologies in the space sector. The Emirates Lunar Mission is one of the key components of the new 2021-2031 strategy launched by MBRSC.

The Mission is also part of the Mars 2117 Programme, which aims to build the first human settlement on Mars.

MBRSC is overseeing all aspects of the mission, which is funded by the ICT Fund that operates under the Telecommunications Regulatory Authority (TRA).