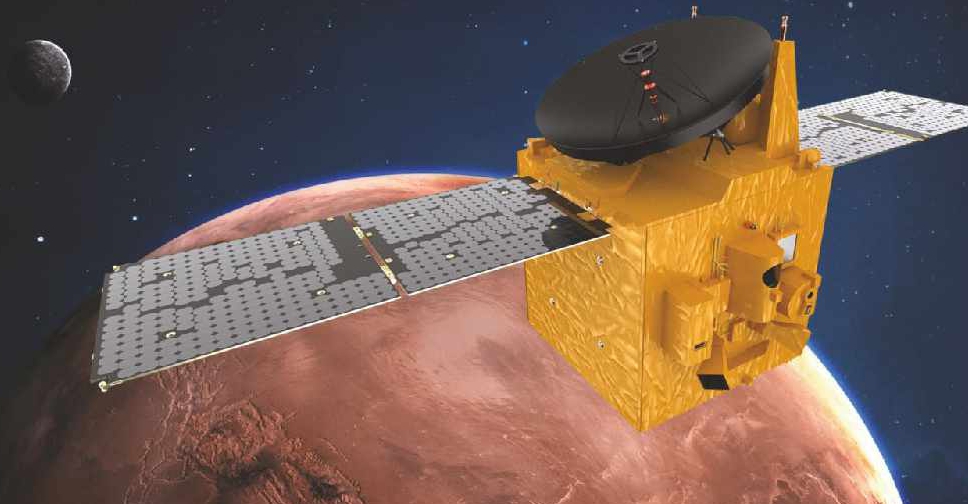 The European Space Agency (ESA), which had successfully made it to Mars in 2003, is looking forward to the UAE Mars Mission’s "exciting new discoveries" about the Red Planet.

Following the Hope Probe’s successful insertion into orbit around the Mars on Tuesday evening, ESA in a statement to Emirates News Agency (WAM) said, "It’s another remarkable milestone for the space programme of the UAE and a great success for the UAE Space Agency, the Mohammad bin Rashid Space Centre and involved research establishments of the UAE.

"We look forward to the important and exciting new discoveries about Mars that this mission is sure to make."

Hope as extra set of eyes on Mars.

The ESA added that "To follow UAE’s success story over the last ten years and to see Hope reaching Mars’ orbit truly rejoices the international space community. It makes the UAE and its engineers and scientists even more attractive as partners in international space endeavours."

The agency said Hope Probe would provide an extra set of eyes on Mars, along with the ESA’s existing Mars missions.

Schiaparelli, a technology demonstration vehicle carried by the ExoMars Trace Gas Orbiter (TGO) was launched in 2016, as part of the ExoMars programme, a joint endeavour between Russia’s Roscosmos State Corporation and the ESA. They have postponed the 2020 launch of the second ExoMars mission to the Red Planet to 2022 due to certain technical reasons.

The ESA explained to WAM that three instruments would build on Mars Express and TGO’s atmospheric investigations: EXI multi-spectral framing camera with band passes for aerosols, EMIRS-TIR spectrometer for temperature profiles and aerosol retrievals, and EMUS – a far-UV instrument for thermosphere investigations.

"Hope will provide an extra set of eyes on Mars’ weather and climate: It is important that we can do continual monitoring of Mars in order to monitor atmospheric circulation and weather patterns, and place constraints on the sources and sinks of chemical species."

The agency continued that "The science of Hope will tell us about the present-day climate on Mars, and just as we have discovered with Trace Gas Orbiter and Mars Express, clues in the data may help reconstruct the climate evolution over time and place constraints on Mars' ancient atmosphere."

Inspirational to next generations

Expanding the planetary community would be an important result of the Hope mission, the ESA added.

The Hope mission is a huge success for the UAE as it has clearly already been very inspirational for the next generation, not just in the Middle East but across the world, the agency noted.

Ahead of the Hope Probe’s launch last year, the ESA had told WAM that Hope Probe would help give a better understanding of the global dust storms, which would be crucial for future human missions to Mars.

For the UAE, the Hope Probe is the first step towards its ambitious project to build the first human settlement on Mars by 2117, in collaboration with major international space institutions.