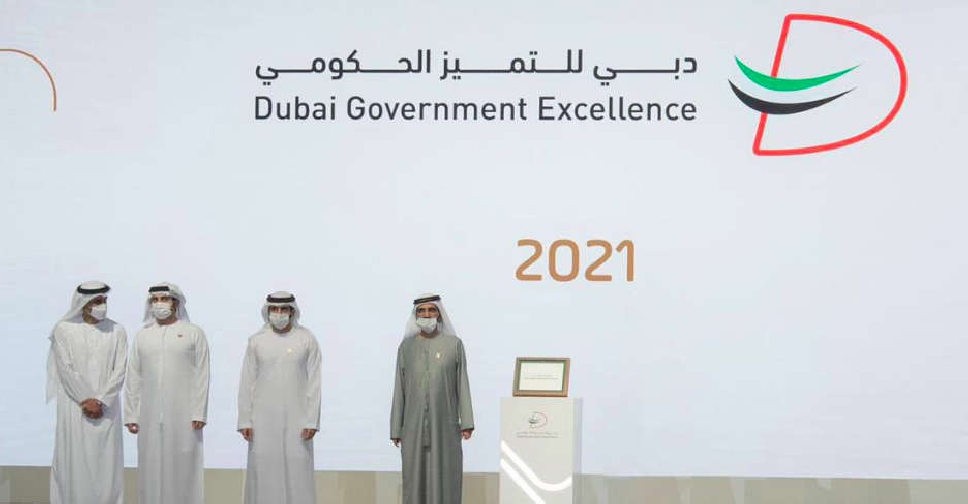 His Highness Sheikh Mohammed bin Rashid Al Maktoum, Vice President and Prime Minister of the UAE and Ruler of Dubai, has applauded winners of the Dubai Government Excellence Programme for their exemplary achievements.

Taking to his official Twitter handle, Sheikh Mohammed said the programme, over the past 24 years, has "set high global benchmarks for government excellence".

His Highness said: "Innovation within the government sector will play a crucial role in the future. The UAE and Dubai have indeed spearheaded creativity and excellence, and while we have come a long way, we must continue to innovate new approaches to further positively transform the way the government operates.”

Sheikh Mohammed highlighted how "Dubai government led by both, Sheikh Hamdan and Sheikh Maktoum, has helped overcome the COVID crisis," adding that "the  best is yet to come".

The winners were picked based on the results of the 2021 evaluation cycle, highlighting government entities that maintained their standards of excellence and those that made leaps to reach the Elite level.

Roads and Transport Authority (RTA), Dubai Customs, Dubai Police and Dubai Electricity and Water Authority (DEWA) won the Elite Award by scoring 600 points or more, achieving global leadership standards and maintaining their positions as the elite of the Dubai government.

The programme also paid special mention of the efforts of the Supreme Committee for Emergency, Crisis and Disaster Management and COVID-19 Command and Control Centre for helping the nation fight COVID-19 and resume to "normalcy".