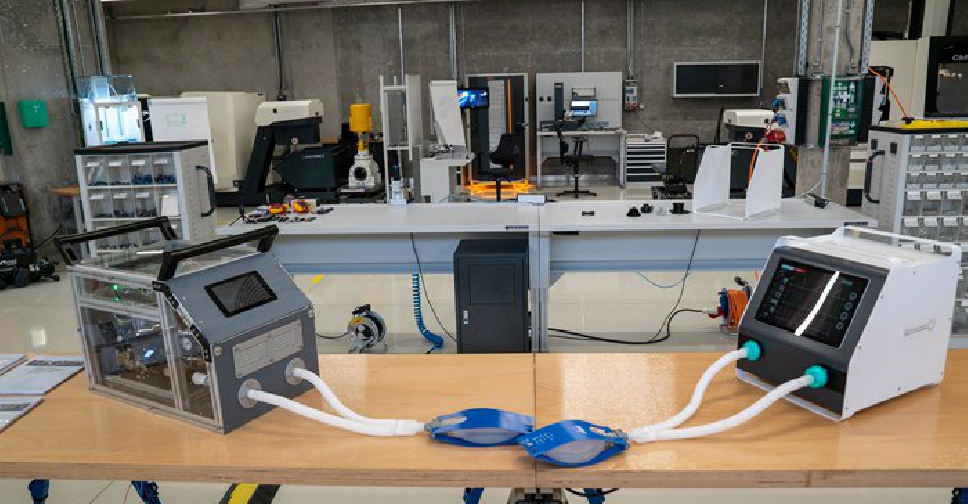 Khalfan Belhoul, CEO of DFF, has said that the project was initiated and implemented under the directives of His Highness Sheikh Hamdan bin Mohammed bin Rashid Al Maktoum, Crown Prince of Dubai and Chairman of the Executive Council of Dubai, and Chairman of the Board of Trustees of the Dubai Future Foundation, to address the urgent need for large numbers of mechanical ventilators that play a crucial role in treating patients with severe symptoms of COVID-19.

In an earlier media statement, His Highness noted that the development of the ventilator is part of the country’s efforts to deploy breakthrough technologies in the fight against COVID-19 and to enhance its healthcare capabilities.

With intense pressure on global supply chains as a result of restrictions in different countries, the M061 Project came in response to calls for local ventilator production to meet the needs of the UAE population.

The Dubai Future Foundation assembled an interdisciplinary team of experts to develop the prototype mechanical ventilator that would also contribute to the international open source network that has emerged to tackle the shortage in devices.

Over an eight-week period, the project team worked to design and build the M061 ventilator system as a modular and scalable prototype, relying on interchangeable components that are easy to source and integrate, in an effort to circumvent the world-wide scarcity of crucial medical supplies.

The team designed and tested prototype medical ventilators systems that could provide oxygen to patients for longer periods and efficiently adapt to changes in vital indicators such as blood pressure, heart rate and temperature.

The M061 prototype has been specifically designed to address the unique circumstances of the current pandemic and alleviate the pressure on healthcare systems during the crisis.

It is intended to support, rather than replace, existing hospital ventilators that have broader medical applications and are designed to last for significantly longer durations.

The team plans to execute a rigorous testing cycle, under the supervision of pulmonary specialists and clinicians in hospitals in Dubai, to ensure that the ventilator system complies with established standards and meets international requirements.