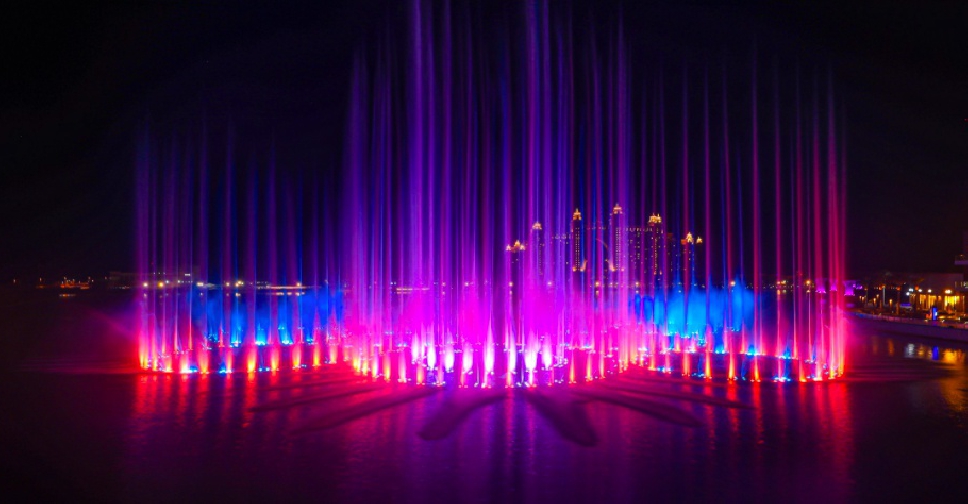 Dubai has made its way to the Guinness Book of World Records, again. This time for the world's largest fountain.

Measuring a whopping 7,327 m², the Palm Fountain at the Pointe broke the record on Thursday night while an exclusive soundtrack - Dubai is another planet - played out.

The historic launch included an array of live entertainment including a magical firework display.  Two of the Middle East's much loved and award-winning Disney songs - Let It Go from Frozen and A Whole New World from Aladdin - were also played on the momentous occasion, and will be part of the fountain’s regular programming.

"This fountain is an example of another milestone in Dubai’s architectural achievements and we are excited to declare it Officially Amazing™."

Spread over 14,000 sq ft of sea water, the Palm Fountain is the only multi-coloured fountain in the city.  Its super shooter stands tall at 105 metres and comes alive with over 3,000 LED lights.

The fountain is open to the public year-round from sunset to midnight, with over 20 bespoke shows with five different variations swaying to an array of popular songs including Khaleeji, pop, classic and international. Shows last for three minutes and are performed every 30 minutes.

To commemorate its launch, The Pointe has also unveiled an Instagram-able water swing open daily between 1:00 pm and 10:00 pm until October 29.

The Pointe's fountain at Palm Jumeirah in #Dubai officially confirmed as largest in the world.@GWR @ThePointePalm pic.twitter.com/L8afPkpNmg