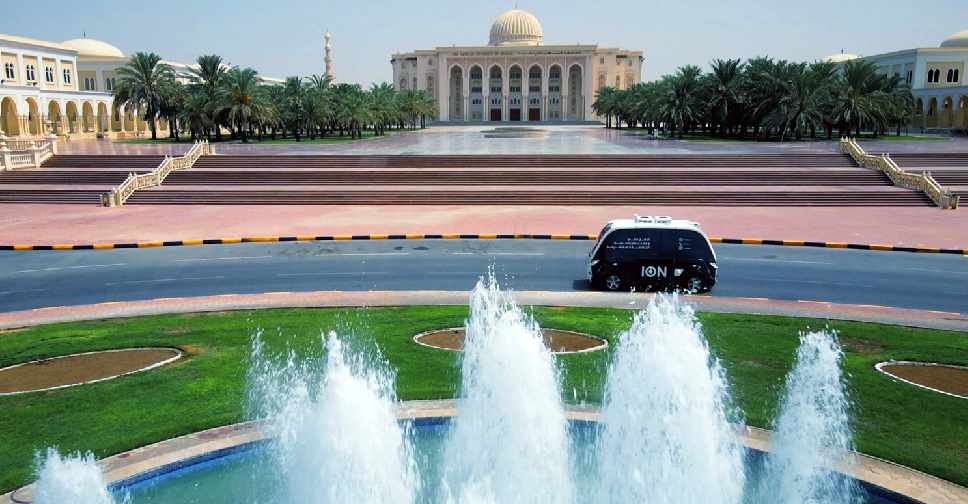 A fleet of autonomous electric shuttles has been successfully tested at Sharjah University City by the UAE-based smart transport firm ION.

The trial, which was carried out under the supervision of Sharjah Police was designed to assess the operational efficiency of the vehicles in a large area.

Aimed at helping students commute between colleges, the smart shuttles are equipped with 3D vision and environment recognition, as well as automatic route navigation and motion-sensor doors.

They are wheelchair-accessible and can carry up to 15 passengers.

The NAVYA shuttles are part of a larger fleet that has been operating at Abu Dhabi's Masdar City since October 2018.

ION announced a partnership with the French company NAVYA, in January this year, to develop the concept of shared autonomous transport in the MENA region.

"The smart electric shuttles have the potential to offer regular and dependable services within the city, while reducing vehicular traffic and improving air quality," said Khaled Al Huraimel, Group CEO of Bee’ah and Chairman at ION.

The trials at Sharjah University City are the latest in a series of initiatives by ION to further the sustainability agenda for regional transport.

In September, ION announced a partnership with Sharjah Roads & Transport Authority (Sharjah RTA) to launch an on-demand ride-hailing service with a fleet of electric vehicles.

The service will be available in Sharjah by the end of 2020 and will expand to the rest of the UAE thereafter.