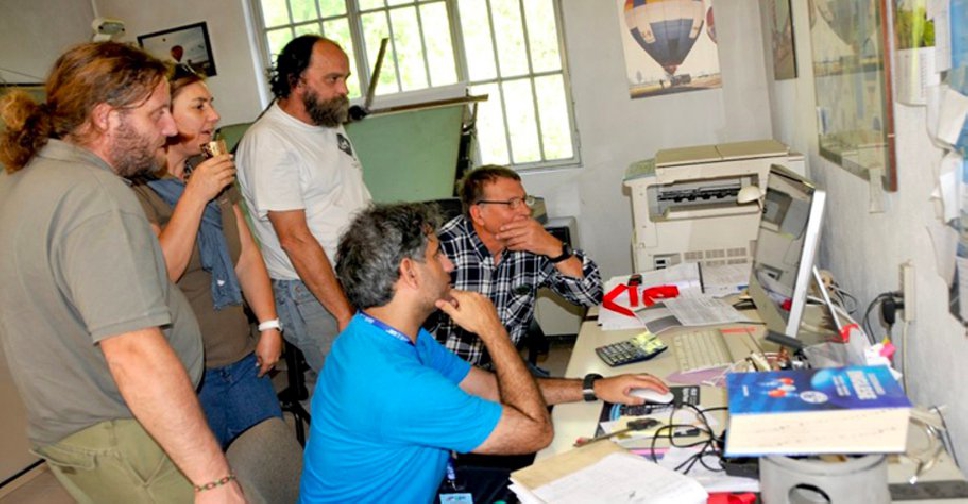 Captain Russel Clack, Technical Supervisor of the UAE Balloon, along with the team (WAM)

The countdown for the launch of the "UAE Flag Balloon" in seven months time has begun, as part of the celebrations to mark the nation's fiftieth anniversary.

Equal to a seven-floor commercial building in size, the vessel is scheduled to undertake regional and global tours from November until March 2022.

The Flag Balloon carries the message "The World Will Not Forget You, Zayed," to commemorate the memory of the Founding Father, the late Sheikh Zayed bin Sultan Al Nahyan.

It will also launch the first "Middle East Balloons Festival" and journey through several Arab countries, as well as Israel, Sudan and Morocco.

Captain Russel Clack, Technical Supervisor of the UAE Balloon, explained that several pieces of technical equipment have been specifically manufactured for the vessel.