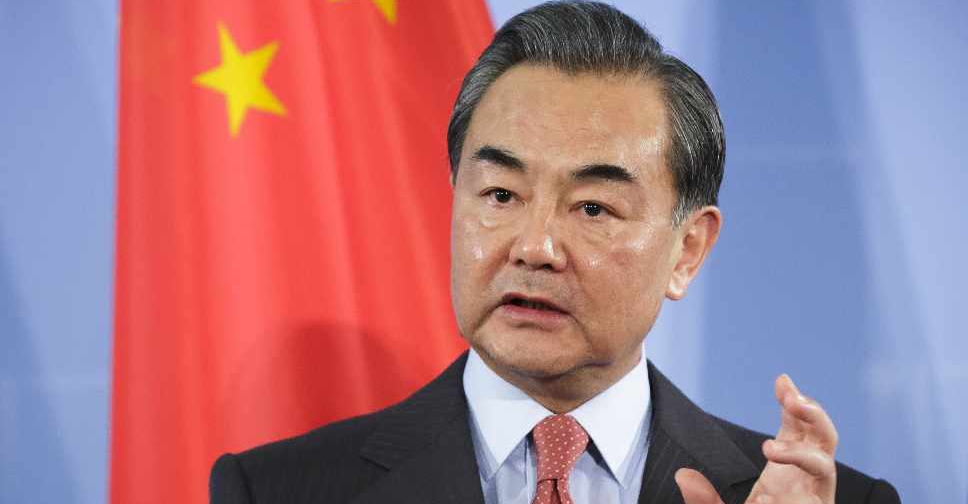 China's Foreign Minister Wang Yi says Beijing wants to work with the UAE to expedite the joint production of COVID-19 vaccines to make them available and affordable to all.

In an interview with the Emirates News Agency (WAM), Wang said both nations can also explore developing multilateral cooperation to fight the pandemic, especially with Middle Eastern and African countries, and establish an international mechanism to ease people’s travel.

Wang is in the UAE for a two-day official visit as part of a regional tour, following meetings in Iran.

He is holding talks with top-level Emirati officials during his stay.

The foreign minister pointed out that the cooperation between China and the UAE has entered a new phase as both parties succeeded in conducting phase III clinical trials on the first inactivated COVID-19 vaccine in the world.

He was referring to the fact that the UAE was the first country in the world to approve the Chinese-made Sinopharm vaccine last December after initiating its trial on June 23, 2020.

"These efforts did not only benefit the Chinese and UAE people, but the entire world in its fight against the pandemic," Wang said.

"The cooperation between the UAE and China during the COVID-19 pandemic symbolises the deep trust between the two countries," he added.

Talking about the second aspect of the cooperation with the UAE, the top Chinese diplomat said, "We will work to explore the avenues for developing multilateral cooperation to fight the pandemic and especially with Middle Eastern and African countries when it comes to the vaccines."

The third part will be working together to establish an international mechanism to exchange the vaccination certificates in a way that would ease people’s travel as part of the precautionary measures to contain the virus, Wang revealed.

"We are confident that because of the bilateral efforts between China and the UAE, there would be more and better results in fighting the pandemic that would also result in a stronger international rhythm," the minister stressed.

Wang also expressed his appreciation of the UAE’s gestures of solidarity with China during the pandemic.

"For example, an encouraging phrase like ‘Stay strong, Wuhan’ was lit up on Burj Khalifa. Also, on China’s national mourning day (for the victims of COVID-19) on 4th April, 2020, His Highness Sheikh Mohamed bin Zayed posted tweets on his official account on Twitter in Chinese, English and Arabic, offering his condolences for the Chinese martyrs and victims during this pandemic, a step that left a great impact in the Chinese people’s hearts," he said.

"During this visit I will meet with Emirati officials to discuss the great harmony between the two countries. We will enhance the balance between China’s endeavours to establish a new development equation and the UAE’s next 50 years development strategy in a way that would strengthen a cooperation based on bilateral benefits and interests," Wang explained.

"We will also deepen the communication and cooperation with the UAE to preserve peace and stability in the Middle East and the Gulf. We welcome the UAE’s effective and constructive role in the regional affairs."

The UAE is a well-known country in China and the Chinese appreciate the way the nation has modernised itself while maintaining traditions, tolerance, coexistence and openness, the foreign minister noted.

The UAE is a close friend of China in the Middle East, the Gulf and Arab and Muslim World. "It is also a good friend of China to connect and cooperate on the international affairs. The bilateral relations between the two countries are becoming stronger."

"The consistent bilateral support for the pivotal national interests of the two countries, as well as the solidarity shown during difficult times, have truly embodied the meaning of a Comprehensive Strategic Partnership," he explained.

The cooperation between China and the UAE has always been about creativity and pragmatism, the minister asserted. "We have been cooperating together on COVID-19 vaccines, conventional energy, the economy, trade, investment, 5G, Big Data, AI and other high-tech tools, and infrastructure."

"The two countries have always wanted to strengthen their cooperation and open up new avenues, which would benefit the two peoples," he continued.

More than 220,000 Chinese nationals live in the UAE. In 2019, some two million Chinse tourists visited the UAE, the minister revealed, adding that people-to-people ties have become a bridge of friendship between the two countries.

"As the containment of the current pandemic and precaution measures are progressing, and as Dubai Expo is approaching, we are certain that the UAE would still be an important destination for the Chinese tourists," he said.