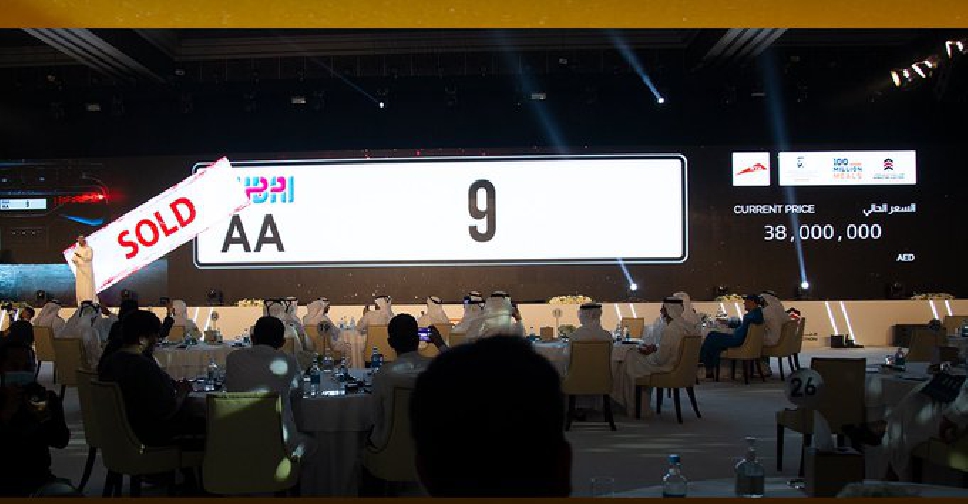 A prestigious AA9 car number plate has been sold for AED 38 million, becoming the second most valuable in the world, at an auction for the '100 Million Meals' initiative.

A total of AED 48,500,000 was raised through auctioning single-and double-digit car plates and exclusive mobile numbers, and AED 1,950,000 through direct donations from the attendance.

Proceeds will go towards providing food aid for disadvantaged individuals and families across 30 countries during the Holy Month of Ramadan.

Organised under the patronage and in the presence of His Highness Sheikh Mansoor bin Mohammed bin Rashid Al Maktoum, Chairman of Dubai Sports Council, it was attended by Mattar Mohammed Al Tayer, Director General, Chairman of the Board of Executive Directors of the RTA and Abdullah Salem Al Mana, General Manager, Etisalat, in addition to several philanthropists, high-profile personalities, and business people to support ‘100 Million Meals’ campaign’s aid efforts.

After a fierce bidding competition among attendees, the special single-digit car plate number AA9 was sold off for AED 38,000,000.

The ‘Most Noble Numbers’ is the second charity auction that MBRGI has held to raise funds for the ‘100 Million Meals’ campaign.

MBRGI is collaborating with regional and local partners to ensure swift and efficient food distribution to people in need in beneficiary countries.

The distribution of food parcels to the target groups of low-income families, orphans, widows, refugees, displaced persons, and camp residents are underway in several countries including Egypt, Pakistan, Jordan, Ghana, Angola and Uganda.

The campaign is carried out by the MBRGI, in collaboration with the UN World Food Programme, Mohammed bin Rashid Al Maktoum Humanitarian and Charity Establishment, Food Banking Regional Network, and local food banks and humanitarian and charity institutions in the 30 beneficiary countries.

.@sheikhmansoor attends ‘The Most Noble Numbers’ charity auction organized by @MBRInitiatives. Proceeds will go towards providing food aid for disadvantaged individuals & families across 30 countries during Ramadan, as part of #100MillionMeals campaign.https://t.co/UIOcecD3vc pic.twitter.com/gW0TbYTvH0