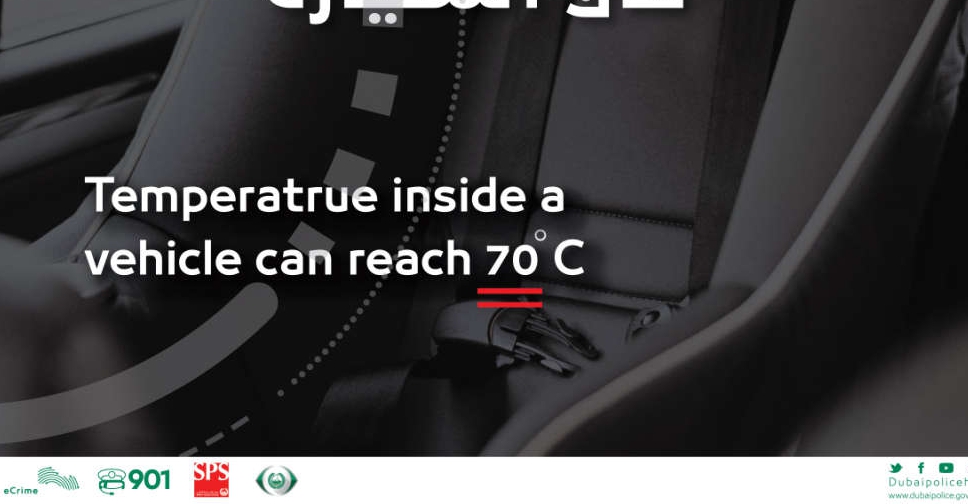 The Dubai Police General Command has issued an advisory to parents and motorists on the deadly consequences of leaving children inside vehicles especially during hot weather, when temperatures can reach 70 C in parked vehicles.

Over the last seven months, Dubai police officers have rescued 39 children who were left locked in vehicles.

That's according to Butti Al Falasi, Director of the Security Awareness Department at Dubai Police.

"We’ve spotted in several occasions parental negligence that thoughtlessly leave children unattended inside cars either by mistake or to run errands unaware of the grave danger," Al Falasi added.

At the beginning of the summer season, the Force launched a campaign to emphasise on the seriousness of such irresponsible behavior, and to deliver an awareness message under the slogan "Never Leave a Child Alone in a Vehicle".

Leaving children inside vehicles could lead to suffocation, loss of consciousness and even death because of extreme heat and lack of oxygen.