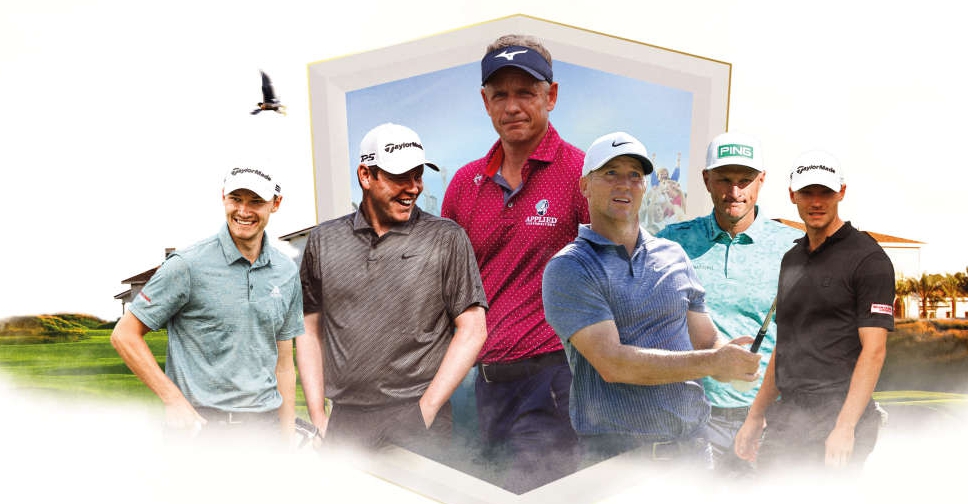 European Ryder Cup Captain Luke Donald will tee it up at the Abu Dhabi HSBC Championship alongside some of the DP World Tour’s brightest young talents from January 19-22.

The former World Number One will be joined by Major Champions and Ryder Cup stars as the first Rolex Series event of the year returns to Yas Links Abu Dhabi.

All 20 players named in the Hero Cup, a new match play tournament staged in Abu Dhabi the week prior between Continental Europe and Great Britain and Ireland, will start their 2023 DP World Tour season at Yas Island.

Scotland’s Robert MacIntyre, who claimed his second DP World Tour title in October at the DS Automobiles Italian Open at Marco Simone Golf and Country Club, the host venue of the 2023 Ryder Cup in Rome, Italy, is one of many DP World Tour stars hoping to secure a position for Team Europe come September.

Adrian Meronk, who wrote his name into the history books when he became the first Polish player to win on the DP World Tour at the 2022 Horizon Irish Open, is another player to watch following his second victory in December as he eagled the last in a stunning five-shot win at the ISPS HANDA Australian Open in Melbourne.

The 29-year-old arrives at Yas Island ready to kickstart his 2023 season as the prestigious tournament returns to the famous venue for the second consecutive year, having long been a fixture on the global golf schedule, first staged in 2006.

Denmark’s Rasmus Højgaard will have his twin brother Nicolai by his side as the pair seek a sixth DP World Tour title between them. Rasmus has three titles to his name, with Nicolai the most recent winner of the two following his victory at the Ras Al Khaimah Championship last year, his second professional win after his 2021 DS Automobiles Italian Open triumph at Marco Simone in Rome.

Abu Dhabi Sports Council has confirmed free general admission tickets for all tournament days, giving fans in the UAE the opportunity to witness the world class field in person for free, including the likes of defending champion Thomas Pieters, Major Champions Pádraig Harrington, Shane Lowry, and Francesco Molinari, and Séamus Power, the current Number One on the PGA TOUR’s FedExCup Rankings.

Ten-time DP World Tour winner Alex Noren makes his return to Abu Dhabi to tee it up beside Ryder Cup teammates and past champions Tyrrell Hatton, who won his fourth Rolex Series title when he secured the coveted Falcon Trophy in 2021, and Tommy Fleetwood, a back-to-back winner of this tournament in 2017 and 2018.

Donald will have further support from his 2023 Ryder Cup Vice Captains with Nicolas Colsaerts set to start his year at Yas Island alongside Thomas Bjørn, the successful 2018 European Captain, and Edoardo Molinari.

The successful move to Yas Island in 2022 heralded a new chapter for the tournament which highlights Abu Dhabi as an international sports hub with the season ending F1 Championship and Ultimate Fighting Championship also taking residency at the world-class venue.

The DP World Tour confirmed all Rolex Series events in 2023 will have a total prize fund of $9million – an increase of $1million from the 2022 prize.

The 2023 tournament will be the second of four events forming the Middle East swing, as Abu Dhabi prepares to host two weeks of world class golf across multiple venues.

The new venue offers a unique blend of stunning views, first-class hospitality and a diverse range of award-winning leisure and entertainment attractions, enhancing the experience for fans, whether they attend in person or watch from around the world.

Free general admission tickets for the 2023 Abu Dhabi HSBC Championship are on sale online, with a range of premium experience tickets available starting from AED 1,200.