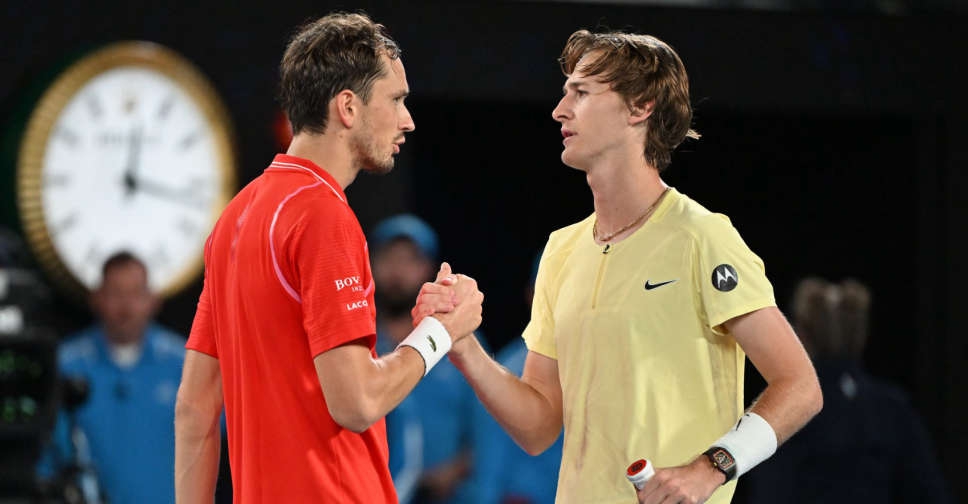 The 22-year-old took the game to the Russian seventh seed from the start on Rod Laver Arena, firing winners from both sides, mixing it up with some serve-volley and lofting a few delightful drop shots.

"Just go for it!" Korda said when asked his game plan for what was the biggest win of his career.

"It was an unbelievable match," he added. "I kind of knew what I had to do and I stuck with it even when I was going up and down with the emotions.

"But I'm thrilled. I played amazing, it was an unbelievable match for me."

The 29th seed, son of 1998 Australian Open champion Petr and former professional Regina Rajchrtova, took a 4-1 lead in the opening set only to be reined back in by Medvedev.

The 2018 Australian Open junior champion kept his nerve, however, to prevail in the tiebreak and clinch the set after 85 entertaining minutes.

Korda kept up the aggression and secured the second set with only one break before again quickly breaking the unusually passive Medvedev at the start of the third.

It was only at that stage that the 2021 U.S. Open champion showed the quality that took him to the top of the world rankings and he broke back to force another tiebreak and keep alive his hopes of rescuing the match.

Korda would not be denied, though, and quickly secured five match points, showing some nerves before finally converting the fourth with a huge forehand for his 50th winner.

He will face Polish 10th seed Hubert Hurkacz in the fourth round as he looks to take another step towards matching not only his father but also his two professional golfing sisters by winning a senior Australian Open title.

"I don't know what I'm going to be ranked," he said with a laugh.

"But my mum's career (high) ranking was 26, my dad's was two, my sister Nelly was number one, my older sister Jessica was sixth, so I'm definitely the worst athlete in the family so far."