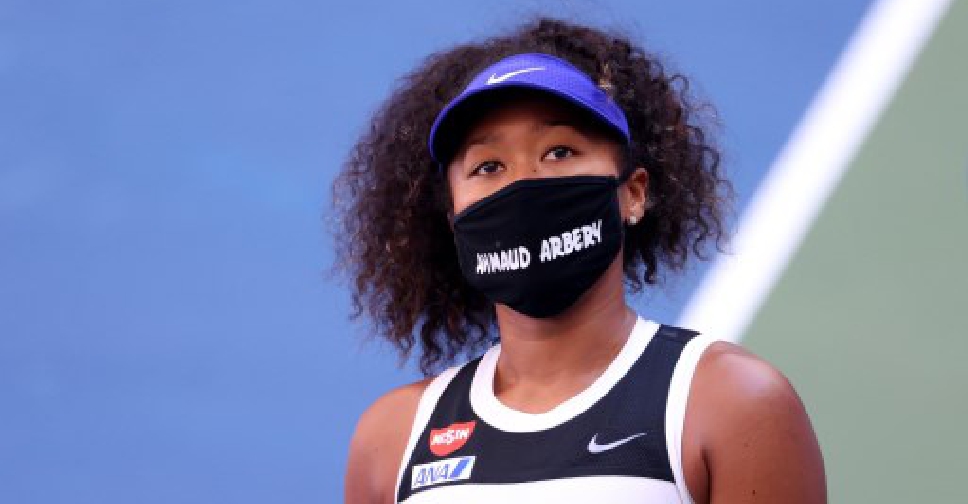 Former champion Naomi Osaka is wearing a different facemask for each of her matches at the U.S. Open this year.

They each carry the name of a Black American and aim to highlight racial injustice in the United States to a wider audience:

During her round one match her mask bore the name of Breonna Taylor, 26, who was shot dead by police in her apartment in Louisville, Kentucky on March 13.

One police officer involved was fired by the city's police department in June.

Two other officers have been placed on administrative reassignment.

For her round two match she wore the name Elijah McClain, 23, who died after a violent encounter with police officers in Aurora, Colorado in August last year.

His family filed a lawsuit against the city and its police last month, alleging murder and routine use of excessive force against Black people.

Osaka's mask for her round three encounter had Ahmaud Arbery written across it, he was 25 and fatally shot after being pursued by armed white men as he jogged through a suburban neighborhood in Georgia in February.

Three white men have been charged with the murder of Arbery in a case that spurred a national outcry after cellphone video of the shooting was leaked on the internet.