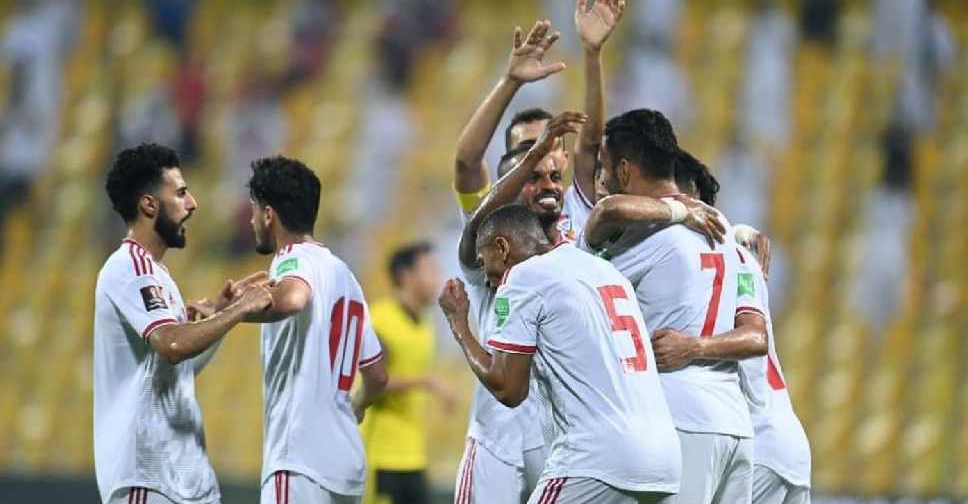 The UAE are back in sight of a place in the next round of the Asian Qualifiers for the FIFA World Cup 2022.

According to the AFC webiste, Mabkhout’s double takes him past Lionel Messi and Sunil Chhetri as the second highest scoring active player in international football, only behind Portugal’s Cristiano Ronaldo.

The UAE took the lead in the 20th minute after Abdullah Ramadan sent a sublime cross-field pass for fellow Al Jazira player Mabkhout who calmly controlled and applied the finish past the Malaysian goalkeeper.

Coach Bert van Marwijk’s men dominated possession and created chance after chance, but a combination of resilient Malaysian defending and wastefulness in front of goals meant the margin was limited to one goal at the break.

Brazil-born winger Lima doubled the UAE’s lead seven minutes from time following a fine solo run by Bandar Al Ahbabi who fed Lima out on the right and the Al Wasl winger curled an effort into the far corner to make it 2-0.

As the game headed to a close, the UAE added their third in the first minute of added time as Mabkhout broke free following a quick counter attack and finished emphatically for his 73rd international goal.

A well-worked passing move in the final minute of added time saw Ramadan go one-on-one with the Malaysian goalkeeper and selflessly square for Lima to tap home the fourth.

Elsewhere, a 2-2 draw between Indonesia and Thailand in the other Group G game helps Thailand hang on to second place in the group.