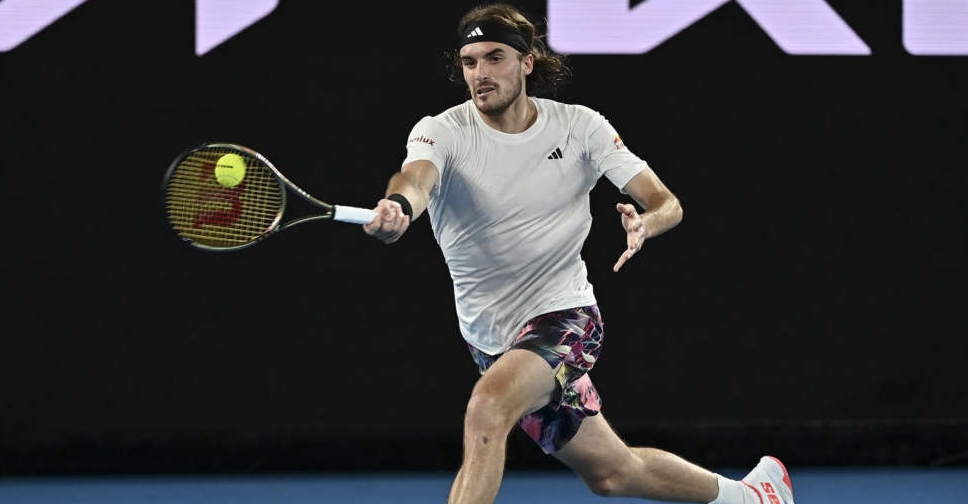 A dominant Stefanos Tsitsipas proved a step too far for home hope Rinky Hijikata as the Greek third seed eased into the Australian Open third round with a 6-3 6-0 6-2 win on Wednesday.

Wildcard Hijikata, ranked 169th in the world, went toe to toe with Tsitsipas in the early exchanges and looked capable of making it a contest for the Rod Laver Arena crowd.

But Tsitsipas, a semi-finalist for the last two years and in 2019, seized control when he broke serve in the sixth game as Hijikata sent a groundstroke wide.

After that he used his superior firepower to great effect as he raced away to his second successive straight-sets victory.

The 21-year-old Hijikata managed to stem a seven-game losing streak at the start of the third but never looked like producing the day's second shock after reigning champion Rafa Nadal was earlier knocked out by American Mackenzie McDonald.

"Felt good out there, the ball was coming off the racket really well," Tsitsipas, who could become world number one if he claims his first Grand Slam title by winning the Australian Open, said on court. "I enjoyed myself tonight."

"Whenever I'm back here it feels like home," added the 24-year-old of playing in a city with a large Greek diaspora.

In round three he will face a Dutch opponent, either 32nd seed Botic van de Zandschulp or Tallon Griekspoor.