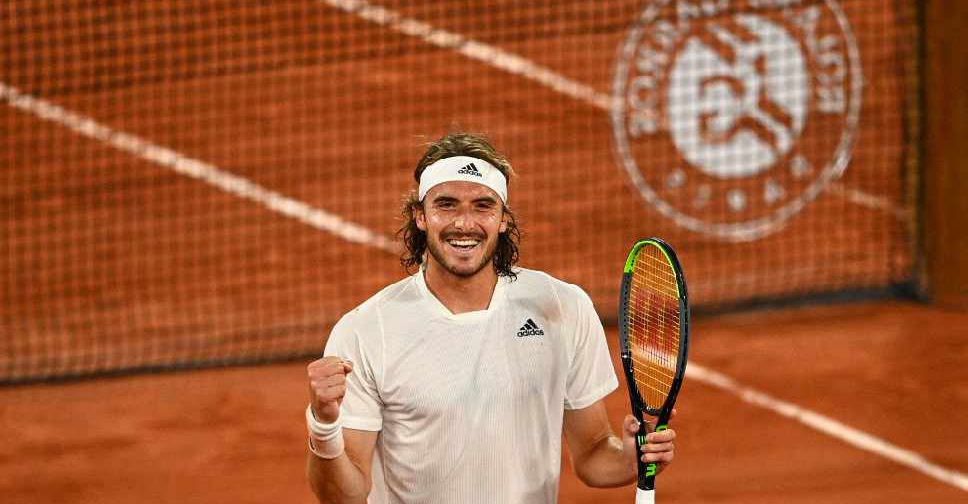 The Greek got revenge for his Australian Open semi-final loss to the Russian this year and improved his Grand Slam quarter-final record to 4-0 with a 6-3 7-6(3) 7-5 win that teed up a last-four clash against Germany's Alexander Zverev.

"It was a very close match and we both served pretty well," Tsitsipas said. "It was intense.

"I was playing against one of the best guys on the tour. I had to keep up the intensity and elevate my game throughout the entire match. I am happy to keep repeating, trying to go further."

Medvedev, who squandered two set points in the second set and only converted two of his eight break points, had not won a single match at the French Open prior to his run to the last eight this year.

Yet having finally found his feet on the red dirt, he had few chances against the 22-year-old Tsitsipas, who has had a superb clay season so far.

Tsitsipas, a winner in Lyon and Monte Carlo on clay this year, wrongfooted the Russian to convert his first break point for 3-1 lead as he comfortably held serve in the first set.

Medvedev, who made 44 unforced errors in the match, almost twice as many as the Greek, saved a Tsitsipas set point at 5-2 but the fifth seed wrapped it up a game later with a volley.

Tsitsipas then won 11 straight points to break the Russian again early in the second set and cruise to a 3-1 lead.

Yet his opponent launched a comeback, bagging his own first break en route to a three-game run.

Medvedev improved his first-serve percentage and even carved out two set points but his opponent saved them to hold and force a tiebreak.

Tsitsipas survived his second set wobble to clinch it with a volley on his first set point.

The pair traded breaks in the third before Tsitsipas broke again, winning on his first match point following an underarm serve from Medvedev.