Thiem looks to reset after crashing out of Dubai Tennis Open 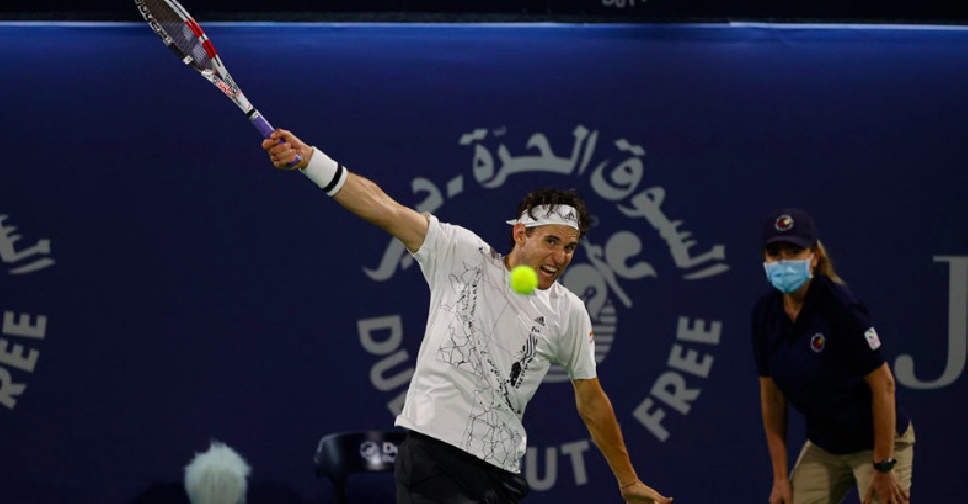 World number four Dominic Thiem says he wants to reset after making another early exit at this week's ATP 500 event in Dubai and is looking to come back stronger for the claycourt season.

The US Open champion began the 2021 season with one win in two matches in the ATP Cup before exiting the year's first Grand Slam at the Australian Open in the fourth round.

The 27-year-old Austrian's desert swing also ended in disappointment with the top seed's defeat to South African qualifier Lloyd Harris in his opening match in Dubai, which came after a quarter-final exit in Doha last week.

Thiem said he would skip the ATP 1000 event on hardcourts in Miami, starting next week, and return to the tour during the European claycourt season.

"I used to like playing a lot when I was younger. Now I really just need to reset myself a little bit to go fresh into the clay season," Thiem told reporters after his 6-3 6-4 loss on Tuesday.

"Right now I am in a tough period and (it) wouldn't be right to go to Miami. (I will) just make a little reset, regroup and hopefully have a good clay season. That's my main goal now after these tough weeks."

Thiem, who won his maiden Grand Slam title at Flushing Meadows last year, has struggled with a foot problem but refused to use that as an excuse.

"For example today there was no pain at all in the foot. It's a little bit on and off," he said. "Maybe I'll do a quick check, a quick MRI to see how that thing is developing.

"But that's really not the main issue. Just that I am not playing well, in general quite a tough period for me."