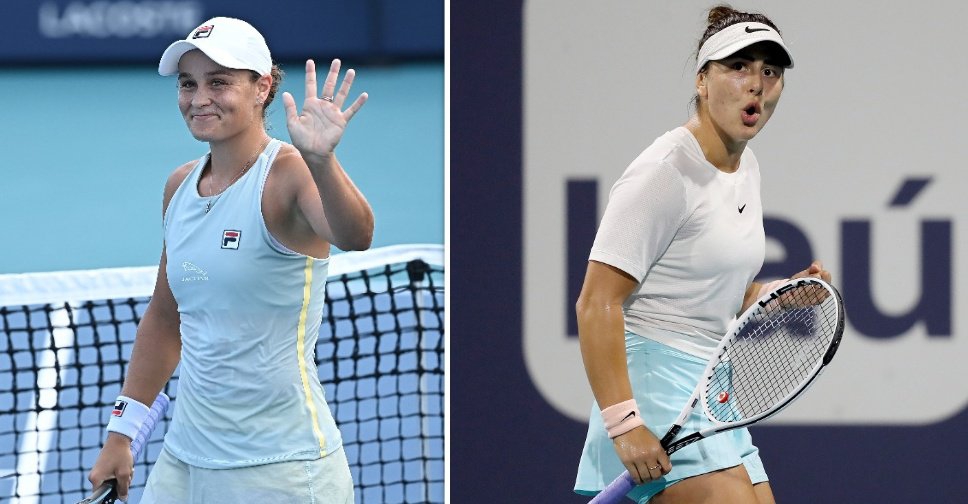 Australian Barty spent the last year at home because of the COVID-19 pandemic and Miami is her first tournament abroad since February 2020. She is also the defending champion at the WTA 1000 event after the 2020 edition was cancelled.

Andreescu also returned to action after a 15-month injury layoff at the Australian Open in February, but after playing a follow-up event in Melbourne she had to withdraw from tournaments in Adelaide, Doha and Dubai with a leg issue.

Barty said the Canadian had an all-round game that made facing her "exceptionally challenging".

"I haven't played her before, haven't hit with her. It's a fresh one for both of us," Barty, the 2019 French Open winner, told reporters after a 6-3 6-3 victory over Elina Svitolina.

"Bianca has shown in big tournaments that she's got the ability to beat the very best, and I know from the little that I have seen that she's got a way of moving around the court that's extremely physical."

"Sometimes I literally feel like I'm an octopus out there running side to side; I feel like I have eight legs," she said after reaching her first final since the 2019 U.S. Open triumph.

"It's insane. Sometimes I don't even know how I get to some shots. But it's that fighting spirit I have always had in me, never giving up."

Andreescu said she has wanted to play Barty for a long time and was glad to finally have her chance.

"Her being number one and her doing really, really well. Her game style, as well. It's something I have never really experienced," Andreescu said.

"I love a challenge, and I know she's going to challenge me on Saturday."