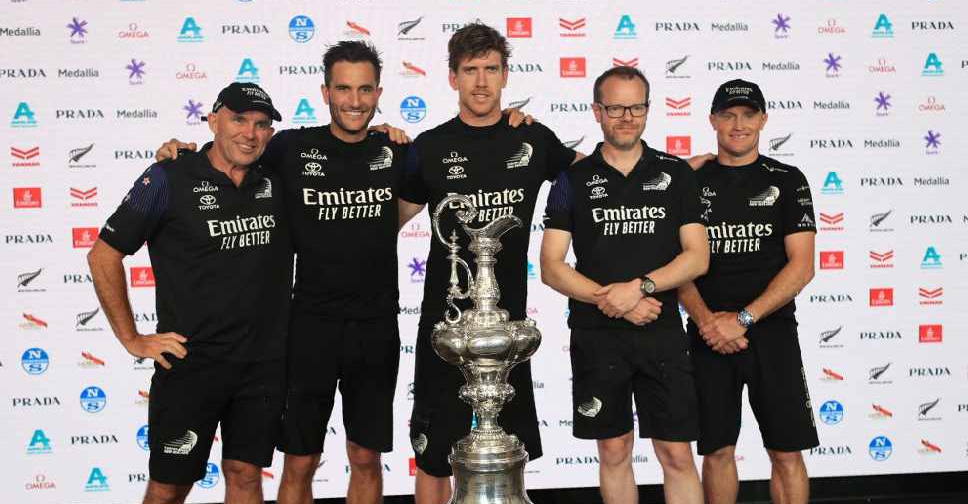 Team New Zealand won the 36th America's Cup on Wednesday, wrapping up a 7-3 victory over challenger Luna Rossa to savour a triumphant defence of the 'Auld Mug' in sparkling home waters off the coast of Auckland.

The final race 10 ended up a victory lap for the hosts as they notched their fifth race win in succession, the peerless 'Te Rehutai' yacht roaring to a 46-second win to trigger partying on spectator yachts and among crowds on the foreshore.

TNZ helmsman Peter Burling soaked up his second America's Cup triumph, having reclaimed sport's oldest international trophy with a 7-1 win over Oracle Team USA at the 2017 match in Bermuda.

"It's unreal. Seeing all the people involved over three-four years, how many Kiwis out here supporting the campaign -- messages from everyone, from the Prime Minister to high school kids, it means the world to us," said Burling.

"We're blown away by what we've achieved as a group."

"Team New Zealand has once again made us all so proud by retaining the America’s Cup as New Zealand’s cup,” Ardern said in a statement.

A fleet of yachts escorted TNZ back to shore as foghorns blared and thousands of fans cheered on Auckland's sunbathed Viaduct Harbour.

Beaten 5-0 by TNZ in 2000 and 4-1 by the United States in 1992, Luna Rossa fought bravely for much of the best-of-13 series and secured Italy's best result in its third America's Cup match.

But up against a faster boat, errors in tactics and execution proved decisive as they gave up a 3-2 lead.

"I felt like we could have won a few more races against the Kiwis, but to be quite honest, at times it felt we were taking a knife to a gunfight.