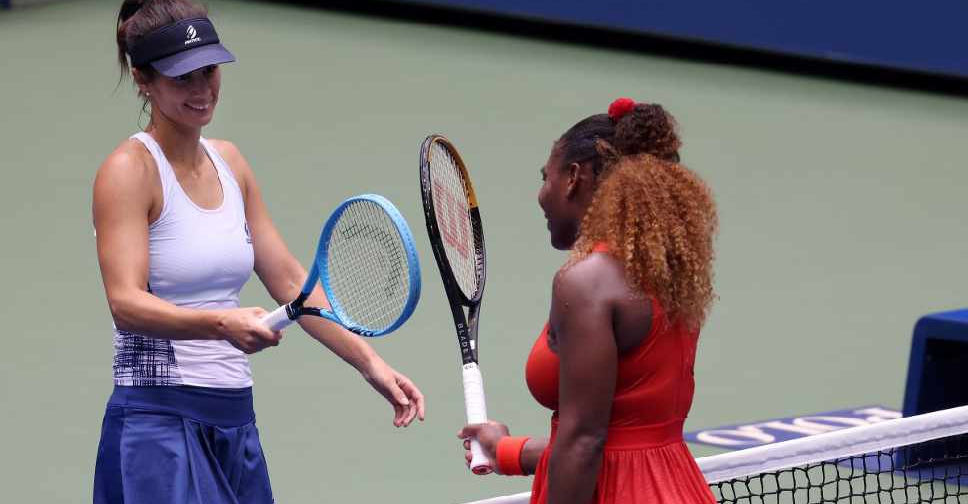 Serena Williams was forced to dig deep to secure a 4-6 6-3 6-2 US Open quarter-final victory over unseeded Bulgarian Tsvetana Pironkova on Wednesday.

Williams, a six-times champion in New York, struggled with Pironkova's slice forehand early and was at risk of her earliest US Open exit in 14 years until she used her experience to find a way back.

She will now face Victoria Azarenka, who overpowered Elise Mertens 6-1 6-0 on Wednesday.

Azarenka, smiling and bobbing her head along to music being played during changeovers, spread the court with 21 winners to dominate 16th seed Mertens in their first career meeting.

Meanwhile, Daniil Medvedev continued his march towards a first Grand Slam title, powering into the semi-finals with a clinical 7-6(6) 6-3 7-6(5) victory over childhood friend Andrey Rublev.

The first Russian duo in the quarter-finals at a Grand Slam since Igor Andreev and Nikolay Davydenko at Roland Garros in 2007, Medvedev showed no fear during a ruthless display that sent him through to the last four without losing a set.

And, second seed Dominic Thiem delivered a sublime performance to dismantle Australian Alex de Minaur 6-1 6-2 6-4 and canter into the semi-finals.

Thiem needed a little over two hours to record the win under the closed roof of Arthur Ashe Stadium despite being put under constant pressure by De Minaur, who is nicknamed 'Demon' and known for his never-say-die attitude and speedy court coverage.