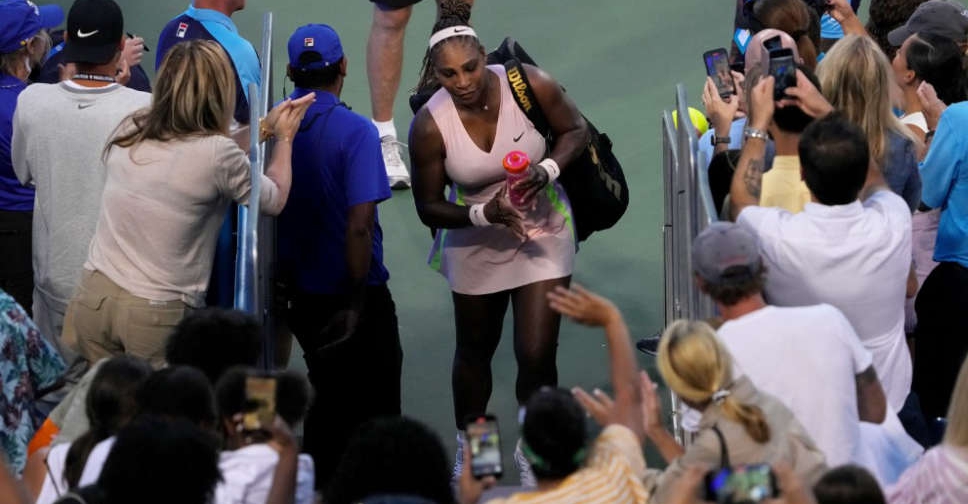 Rising teenager Emma Raducanu came out on the winning side of a generational clash against tennis icon Serena Williams with a 6-4 6-0 win in their first-round meeting at the Cincinnati Open on Tuesday.

After a sluggish start, the 23-time Grand Slam champion finally gave the supportive sold-out crowd something to cheer about when she crushed back-to-back aces to cut Raducanu's lead to 4-3.

But the English reigning U.S. Open champion fired an ace of her own to snag the first set and followed that up with a break of serve to open the second.

Raducanu rolled from there, smacking an unreturnable serve on match point to end their first career meeting.

"I think we all just need to honor Serena and her amazing career," Raducanu said in an on-court interview.

"I'm so grateful for the experience of getting to play her and for our careers to have crossed over. Everything she has achieved is so inspirational and it was a true honor to get to share the court with her."

Williams, 40, was world number one and had already won four major titles when Raducanu was born in November 2002.

Williams won her last major in 2017 while pregnant with her daughter Olympia, who was in attendance.

With the loss, Williams has just one professional tournament remaining before she drops the curtain on her historic career - the U.S. Open, which begins August 29.