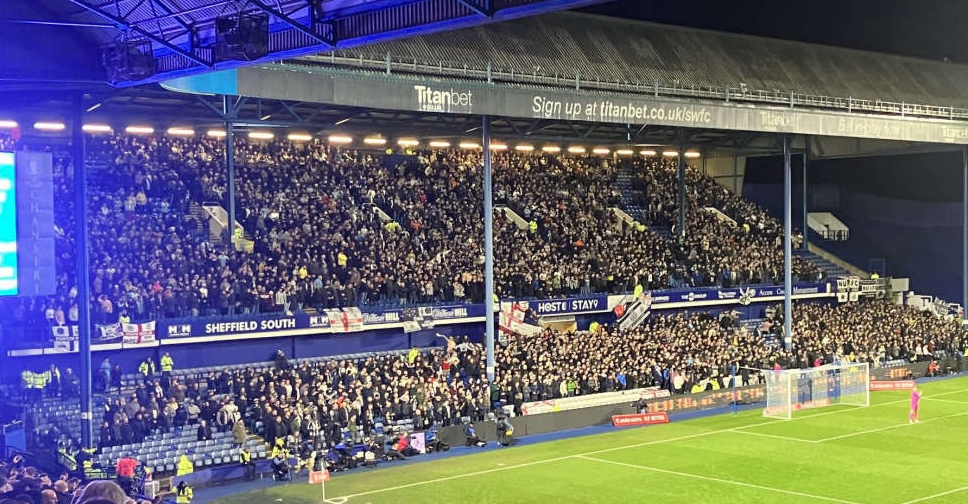 The British government's sports stadium safety regulator has announced a review into complaints of "overcrowding and crushing" by Newcastle United supporters at the Hillsborough Stadium during the FA Cup match against Sheffield on Wednesday.

Images and footage on social media showed congestion around the exit to the tunnel in the Leppings Lane End, with a number of Newcastle fans claiming there was a lack of stewarding before kickoff on January 7.

There were no immediate reports of any injuries.

Hillsborough was the scene of Britain's worst sporting disaster when 96 Liverpool supporters were crushed to death in an over-crowded and fenced-in enclosure in the same lower tier before an FA Cup semi-final in 1989. One victim died in July 2021, after suffering severe and irreversible brain damage.

The Sports Grounds Safety Authority, the British government's adviser on safety at sports venues, said on Tuesday it will review the incident with Wednesday and local officials.

"We are concerned by reports of overcrowding and crushing at the FA Cup tie between Sheffield Wednesday and Newcastle United at Hillsborough Stadium on Saturday evening," a spokesperson for the SGSA was quoted as saying by the BBC.

"The SGSA is now working with the club, Sheffield City Council and the Safety Advisory Group to review the event, learn any lessons and ensure a safe environment for football fans."

League One side Sheffield beat Newcastle 2-1 to reach the FA Cup fourth round.